eight firefighters were injured on Monday evening as they attempted to battle the blaze that completely destroyed the Gafoors Complex, at Houston, Greater Georgetown.

Fire Chief Marlon Gentle has confirmed that eight ranks received injuries when sections of the complex collapsed on them.

Speaking with Guyana Times on Tuesday, Deputy Fire Chief Compton Sparman related that of those injured, one fireman was affected by the gases associated with fire.

“When he leave here, he wasn’t breathing properly, he had to be [rushed] to the Georgetown Hospital. One had a fracture; I think his neck had some problems and wrist,” Sparman said. A

dditionally, he said six other firemen were rushed to the Georgetown Public Hospital with injuries, burns and breathing problems associated with the inhalation of gases. While the firefighters’ injuries are said to be not life threatening, they were “shaken up” by the ordeal. According to reports, firefighters also sustained “bumps and bruises” while some were reportedly given sick leave.

The popular Gafoors Shopping Complex located at Houston, went up in flames on Monday as workers were about to leave for the day, leaving billions of dollars in losses. Reports are that the fire started about 15:00h in Bond Number Three, which contained fishing equipment. Despite attempts by firefighters from the Guyana Fire Service to contain the blaze, the fire quickly

engulfed the building as the glass shutters shattered. 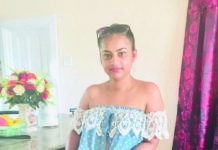 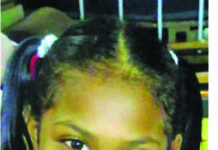 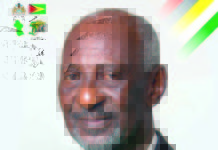