An argument over money between two men who were gambling has resulted in the death of a Grove, East Bank Demerara (EBD) shopkeeper being knifed to death.

The police say that Alfred and the 36-year-old suspect were gambling at Rocky Shop when an argument over money ensued. They were both put out of the shop by the owner and the argument intensified with the pelting of bottles.

The two then armed themselves with knives and started to fight causing Alfred to fall to the ground. This resulted in the suspect pouncing on him and stabbed him several times.

Alfred managed to escape and ran into another street with the suspect in pursuit. They both ended up in a culvert causing other injuries.

The injured man was taken to the Georgetown Public Hospital by a taxi and was pronounced dead on arrival (DOA).

Meanwhile, the suspect, a mason also of Grove, EBD, was also taken to the GPHC for treatment and is admitted a patient under police guard.

An investigation is ongoing. 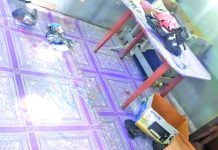 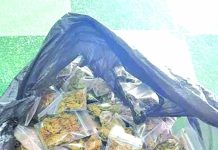 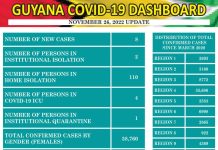