In the midst of the Guyana Police Force declaring a 19 per cent decrease in serious crimes, a popular exporter was robbed early Tuesday morning near the Ruimveldt Police Station.
Reports indicate that businessman Doodnauth, also known as “Mango man” was held at gunpoint at about 10:45h obliquely opposite the Ruimveldt Police Station.
According to the businessman, he was relieved of $2.9 million and believed that the gunmen followed him from a local city bank.
He related to Guyana Times that he and his wife went to a city bank on Robb Street and while on their way home, they stopped at a store near the Ruimveldt Police Station.
It was during this stop that the gunmen pounced on them.
According to Doodnauth, he was hesitant at first to hand over his bag but the bandits punched him and then grabbed the bag containing the cash and other important documents.
An eyewitness told this newspaper that the businessman’s wife, who is a frequent customer at the store, went into the shop and left her husband in the car.
“The female occupant of the car entered the store while the man remained in the vehicle when two men approached the car. The entire scene lasted roughly 30 seconds,” the eyewitness recalled.
The two men, who were described as “tall and of African descent” then made their escape in a white Toyota car.
They were both wearing striped T-shirts and short pants.
The incident was reported to the Police and an investigation was launched. However, no arrests were made up to press time. 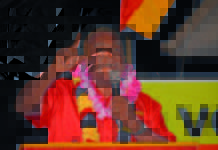 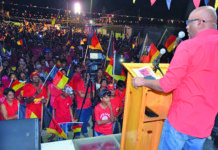 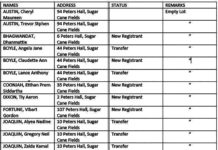