See the full statement, issued this morning, from the Ministry of Presidency:
The Government of Guyana is committed to the upholding of the Constitution of Guyana and by virtue, the March 22, 2019 ruling of the Court of Appeal on the December 21, 2018 Motion of No Confidence, which was brought against the Government.
In this regard, as of Monday, April 1, 2019, His Excellency David Granger, President of the Cooperative Republic of Guyana, has received and accepted the resignation of all coalition Members of Parliament who are holders of dual citizenship. These members will not be returning to Parliament therefore, when it reconvenes on April 11, 2019.

These resignations came in light of mounting pressure from Opposition Leader Bharrat Jagdeo and Civil Society who have been calling the governing Ministers to resign in light of the Appeal Court’s Ruling with respect to Dual Citizenship. Harmon is a US citizen while Greenidge, Gaskin and Roopnaraine are all UK citizens.

More details in the Wednesday, April 03, 2019 edition of the Guyana Times. 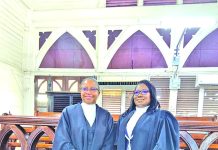 Guyana’s best graduating student at HWLS admitted to the Bar 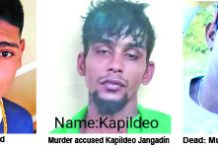 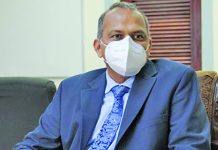