See below full statement issued by the Guyana Police Force:
Police are investigating incident which occurred on 2020.10.21 about 14:00hrs at Justice George residence involving two police ranks attached to the said residence.

Enquiries disclosed that on the date and time mentioned the two ranks were on duty when one left the hut and went into the washroom when she was confronted by a male of African Descent who is about 5 feet 4 inches in height, dark in complexion, slim built wearing a black short pants and a white jersey tied around his face and armed with what a appeared to be a black handgun. The said male approached the rank and pointed the object at her and fired a punch at her but missed her, she then called out for the other rank who was in the garage of the building and armed with a .38 revolver. The rank having heard the call went out to see who it was when the said male pointed the object at him causing the rank to take cover. However, the person then dropped the object and ran in a northern direction and jumped over a fence and made good his escape.
No shots were fired no one was injured. The object was picked up and is suspected to be toy gun. Same was lodged. Investigation is ongoing. 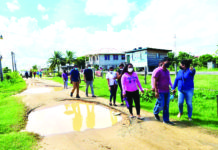 Govt to spend $250M in road works at Tuschen, Zeelugt 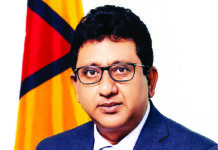 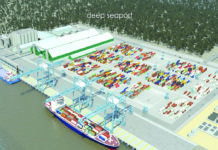 Govt to spend $250M in road works at Tuschen, Zeelugt

Granger’s withdrawal from petition is sign of confusion in APNU/AFC camp...