A 44-year-old man of Buxton, East Coast Demerara (ECD) has been arrested for possession of narcotics including marijuana and methamphetamine (meth).

The bust was made on Thursday at around 17:30hrs during a stop and search operation at the Itaballi Checkpoint.

Reports are that a motor lorry driven by a resident of Diamond, East Bank Demerara (EBD) was stopped to be searched.

Police ranks conducted a search on a camouflage haversack belonging to the Buxton resident and found two parcels containing a quantity of leaves, seeds and stems suspected to be cannabis; and a transparent plastic bag containing a cream-ish substance suspected to be methamphetamine.

The man was told of the offence, cautioned and admitted to ownership. He was therefore arrested and escorted to the Bartica Police Station.

The suspected cannabis was weighed in his presence and amounted to 791 grams.

The methamphetamine was also weighed and amounted to 26 grams. 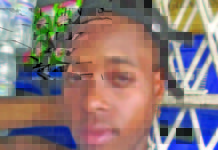 AFC calls on GECOM to conduct H2H Registration before next LGE

AFC calls on GECOM to conduct H2H Registration before next LGE