Home Top Stories CH&PA vehicle bursts into flames on Rupert Craig Highway
A vehicle which belongs to the Central Housing and Planning Authority (CH&PA) on Tuesday afternoon burst into flames on the Rupert Craig Highway in the vicinity of Sophia, shortly after 14:00h.
The driver, Wilbert Mingo who is said to be in his late 30’s was accompanied by his colleague, Daniel Persaud in the Nissan pickup which bear registration plates PNN 7686. They were heading to the East Coast of Demerara when the incident occurred.
This publication was told that Mingo observed smoke coming from his air conditioning vents and shortly after the vehicle caught fire.
Fire fighters said it was too early to determine the cause of the fire. The driver who was still shaken up was unable to give this publication a comment.
Investigations are ongoing. 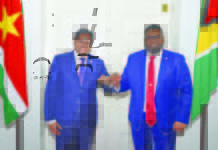 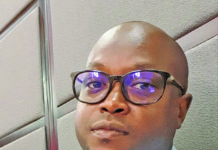 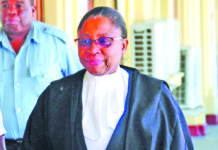 CJ shoots down objections against application to strike out election petition