Acting Chief Justice Roxane George has refused to grant an order sought by former Attorney General Anil Nandlall compelling Cabinet and the President to resign or stop meeting, a decision which Nandlall says must be appealed.
In her ruling on Wednesday, Justice George noted that a first instance court such as the High Court cannot contradict the higher court’s ruling. She pointed out that the Caribbean Court of Justice (CCJ) had said that notwithstanding the Cabinet’s resignation, it still continued in office as a caretaker government.

She said that both Nandlall and Attorney General Basil Williams referenced this passage in their submissions to the court, though she acknowledged that such references were made in different contexts.
“In my view… the CCJ did make a pronouncement on the resignation of the President and Cabinet. Given the language of the CCJ… the effect of the (No-Confidence Motion) was the immediate resignation of the Cabinet, but the court clearly stated that notwithstanding this, the tenure in office of Cabinet (and) President… is on a different footing”.

Besides striking out Nandlall’s application, Justice George also ordered the payment of $500,000 in costs to the respondent. In his comments after the ruling, Nandlall expressed shock at the court’s unwillingness to grant the order. He noted that the Constitution of Guyana takes precedence over any doctrine on the hierarchy of the courts.
“This is indeed a shocking ruling. Every Guyanese, by now, must be aware of the clear language of Article 106 (6) of the Constitution… mandatory, clear, unambiguous language. And here it is, we have approached the court there is a cabinet refusing to resign and there is a constitutional court telling us that because the CCJ did not make that order, then forever we are in perpetual error”.
“In other words, the doctrine of precedent and the doctrine of stare decisis are now superior to the Constitution of the country. The Constitution is the supreme law, not no ordinary principle of stare decisis. Those are basic, low ranked principles. The Constitution is the supreme law and that, unfortunately, is not being upheld by the court. So this decision must be appealed”.
According to Attorney General Williams, however, the decision was in keeping with the need to preserve legal precedent. He was of the view that the decision was the right one, since the CCJ referenced the matter in its ruling.
“The decision of the learned Chief Justice has restored the position with the rule of law in Guyana. And it’s a very important principle for the hierarchal system of the courts that you follow precedent. And the principle of stare decisis is that you follow the precedent of the higher court”.
Nandlall’s approach to the court was based on Article 106 (6) of the Constitution. The Article states: “The Cabinet including the President shall resign if the Government is defeated by the vote of a majority of all the elected members of the National Assembly on a vote of confidence”.
Meanwhile, Article 106 (7) goes on to say: “Notwithstanding its defeat, the Government shall remain in office and shall hold an election within three months, or such longer period as the National Assembly shall by resolution supported by not less than two-thirds of the votes of all the elected members of the National Assembly determine, and shall resign after the President takes the oath of office following the election”.
A No-Confidence Motion was passed against the Government since December 21 of last year. However, elections were not held and there was no resignation. Instead, the Government went through several levels of court, unsuccessfully arguing that the No-Confidence Motion was not validly passed.
At the Caribbean Court of Justice (CCJ), the final court had thrown out the Government’s case and had handed down judgement saying that when the No-Confidence Motion was passed on December 21, 2018, Article 106 of the Constitution had immediately been activated.
In addition, the Court had noted that the provisions of the article were clear, though it stopped short of issuing direct orders mandating the Cabinet and President to resign. 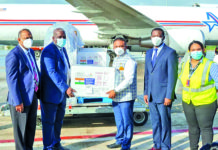 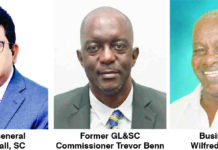 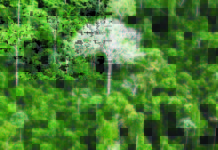 Guyana aims to implement Phase 2 of its LCDS – Min Bharrat