The Caribbean Premier League continues to grow exponentially and heading into its fifth year, there have been talks about the possibility of the gala final being played outside the Caribbean namely Florida and as far as Singapore.

The previous four finals has been split between Trinidad and Tobago and St. Kitts and Nevis and Chief Operating Officer (COO) of CPL Pete Russell in an interview with Guyana Times Sport stated that the idea is to keep the Caribbean Premier League finals in the Caribbean.
“There is interest in Florida to host the finals and we will look at very single offer on its merit, but us the idea the idea is to keep the games in the Caribbean,” Russell disclosed.
He added, “I would doubt it, for us we would hope to always host the finals in the Caribbean, it is possible if anyone comes up with a good enough reason why we should not host it in the Caribbean we will always look at it.” Interestingly, the COO revealed that it is not only the finals that were up for a new venue but rather team owners looking to have their franchise play in foreign territories.
“There are certain team owners who are looking whether they would like to host some of their games outside the Caribbean and that may very well happen this season, we just have to wait and see,” the official revealed.
Last year, Guyanese fans were tantalized over the prospects of hosting the finals after some sections of reported that the event would be held here which proved opposite.
In giving clarity to the how venue for the finals is done, Russell explained, “there is a tender process for the finals, we are in position where now we know who or which governments are willing to host and obviously we then have conversations with them all to see whether it fits in with the strategy for the year.”
More so the COO stated the time will come when Guyana gets its it opportunity to host the finals, stating “we had very fruitful discussions with the Guyana government last year and I know it was reported more acrimonious than that and there is no doubt that is interest to host the finals at some point in Guyana, that time will come but it is not necessarily now.”

Heart Beat of CPL
Throughout the CPL, Guyana has produced massive and festive crowds for the Amazon Warriors home matches. It is such attributes that makes the National Stadium at Providence a perfect host for the “Biggest Party in Sport.”
The COO opinioned that “Guyana is such a special place for cricket you walk up to that ground and everyone is excited about CPL and seeing games, the crowd comes out in there thousands, and I think anyone who has not been to a game to a game in Guyana there are missing a threat.”
He added, “ We very much see the heartbeat of CPL being brought out in Guyana , they have been very unlucky in three finals, we feel they deserve to win one but the support CPL gets in Guyana is second to none.”
The player draft for the August 1 to September 9 tournament is slated for Friday in Barbados. 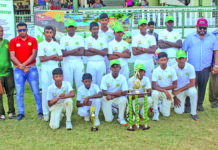 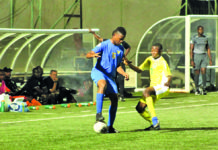 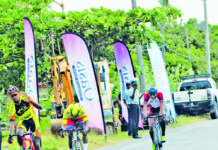