Home Top Stories Declarations of 10 RO’s should be set aside, only recount figures can...

Chief Justice (ag) Roxane George has ruled that the declarations made by the ten Returning Officers have been side aside and overtaken by the recount results.
She said: “the declarations of the Returning Officers…have been overtaken by events whereby GECOM in its wisdom considered that there were difficulties that had to be addressed in order to produce, what is termed in Order 60, as a credible count”.

The CJ has already determined that Section 22 of the Elections Laws (Amendment) Act is constitutional as determined by a ruling of the Court of Appeal, effectively determining that it was lawful enact Order 60 of 2020, i.e. the recount order.

Further, the CJ ruled that the recount results arising out of Order 60 are valid as already decided by the Caribbean Court of Justice (CCJ).

The Guyana Elections Commission (GECOM) is seeking to make a declaration of the March 2 polls based on the certified recount results which show that the PPP/C won the elections with 233,336 votes.

But the APNU/AFC Coalition is contending that the recount results are not valid. In fact, Chief Elections Officer Keith Lowenfield has refused, on numerous occasions, to submit his final elections report using the recount figures – in direct defiance of instructions given to him by Chairwoman Justice Claudette Singh.

George also ruled that the CEO is a functionary of GECOM and cannot act on his own.
Among her decisions handed down today, the CJ said that the CEO must carry out the directives given by the Commission.

“The CEO is subject to the direction and control of the Commission”, she ruled 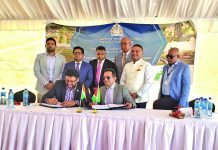 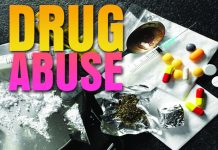 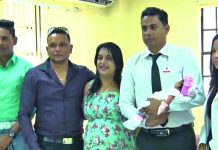 Breaking chain of drug abuse among youths must start now –...