Lowenfield’s lawyer, Nigel Hughes, requested that the Director of Public Prosecutions (DPP) review the charges against his client and as a consequence, the Prosecution team had to hand over the documents.

He will make his next court appearance on August 24.

Lowenfield was slapped with three private criminal charges regarding conspiracy to commit fraud and breach of trust in public office.

They were filed by Josh Kanhai and Desmond Morian, private citizens.

Kanhai, a member of The New Movement (TNM) party, filed a charge claiming that Lowenfield between March 5 and June 23, 2020 conspired with person(s) unknown to commit the common law offence of fraud when he submitted his Election Report dated June 23 which included figures that altered the results of the elections.

Meanwhile, Morian is contending that Lowenfield, while performing his duties as CEO of GECOM, ascertained the results of the March 2 elections “knowing the said results to be false”, the said wilful misconduct amounting to a breach of the public’s trust in the office of the CEO.

Morian subsequently filed a third charge contending that Lowenfield conspired with person or persons unknown to use Returning Officer Clairmont Mingo’s fraudulent figures to prepare a report that was submitted to GECOM Chairperson, Retired Justice Claudette Singh, back in March.

The national recount exercise shows that the PPP/C won the elections with 233,336 votes. But Lowenfield had repeatedly refused to submit his final elections report with those figures despite being so directed by the GECOM Chair. 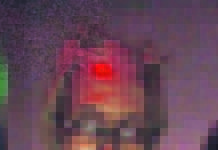