Peoples Progressive Party/ Civic (PPP/C) Candidate and Attorney, Anil Nandlall, has lambasted Government-aligned Commissioners at the Guyana Elections Commission for what he referred to as “another shameless tactic” to delay the declaration of the results of the March 2 General and Regional Elections.

This decision by the Caribbean Court of Justice (CCJ) Wednesday paved the way for GECOM to move ahead in declaring the results of the elections, using the certified recount figures, which show that the PPP/C has won the majority of the valid votes cast.

GECOM was expected to meet today, but the meeting was postponed after government-aligned Commissioners requested time to “study” the ruling handed down by the Court.

For many, this is seen as another delaying tactic by the Commissioners to stall the declaration of the results.

“The truth is that this is another shameless tactic to delay the declaration of the final results and possibly, to facilitate some subterfuge in the making. Each of these actions are being noted by a patient Guyanese public for future references”.

“Reckoning day shall soon come. Let us see for how long they will be able to sustain these nefarious artifices. Time and history are on our side-the side of Democracy and the Rule of Law,” Nandlall said in a statement via his Facebook page.

Following is the full statement from Nandlall:

Almost every Guyanese interested in our current political dilemma, yesterday, found themselves near to a computer, radio, or television, to see or hear the Caribbean Court of Justice deliver its landmark ruling in the case of Ali and Jagdeo v David, GECOM (et al)at 3 p.m. yesterday afternoon. Within the hour, the Court posted its Written Judgment on its website, accessible publicly and sent it to all the lawyers involved in the case. Every news outfit in Guyana had a copy or access to a copy of that Judgment, momentarily, thereafter.

By 18:00 hours yesterday evening, every electronic media outlet published a story on the Judgment delivered by the Caribbean Court of Justice. Today, each of the three (3) newspapers enjoying daily circulation within Guyana, dedicated several of their pages to the coverage of that Judgment. One went a little further and published the entire summary of that Judgment.

Anyone familiar with Judgments will confirm that the Judgment handed down by the Caribbean Court of Justice is, having regard to the importance of the issues raised, perhaps one of the shortest Judgments ever delivered and expressed in the clearest possible language. In my considered view, the authors of that document deliberately ensured that they were concise, precise and as crystally clear as possible. Every person with whom I have spoken and who have some familiarity with the judgment proclaimed to have understood it largely because of the simplicity and clarity with which it was expressed.

After all this nation has endured, thus far, to be met with the bizarre news that GECOM’s meeting scheduled to take place at 1:30 today, was postponed because the three (3) Government Commissioners requested time to “study the Judgment” not only surpasses the limit of ludicrosity but constitutes a grave test of the collective patience of the majority of Guyanese. The Caribbean Court of Justice’s pronouncements, by law, is the final and conclusive determination of the issues. The Caribbean Court of Justice outlined the path forward for GECOM so that this process can be brought to a lawful end.

Every sensible person in Guyana knows that Messrs. Alexander, Corbin and Trotman take their directions from Congress Place and have access to that huge team of lawyers, assembled by the Rigging Cabal. Yet these three (3) need to “study the Judgment”. What is there to study? My driver, gardener and maid, with whom I have spoken, have a clear understanding of the nature and purport of the Judgment and they simply read it from the press. I am sure they can ably assist these three esteemed Commissioners.

Messrs. Alexander, Corbin and Trotman, wish this nation to believe that as Commissioners of GECOM, a party to the proceedings, they are so disinterested that they did not listen to the reading of the Judgment, neither did they get a copy of it which was available to every member of the public from the website of the Court. This is not only an abdication of their duties as Commissioners but a demonstration of the contempt which they hold, for the Guyanese public. It is the type of conduct which disgraces all Public Officers and Constitutional Office Holders.

The truth is that this is another shameless tactic to delay the declaration of the final results and possibly, to facilitate some subterfuge in the making. Each of these actions are being noted by a patient Guyanese public for future references. Reckoning day shall soon come. Let us see for how long they will be able to sustain these nefarious artifices. Time and history are on our side-the side of Democracy and the Rule of Law. People’s Power shall triumph in the end. 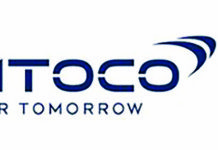 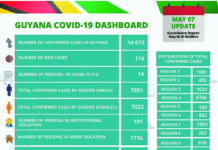