Senior Minister within the Office of the President with responsibility for Finance Dr Ashni Singh was moments ago sworn-in as a Member of Parliament.

This is his first appearance in the 12th Parliament since his appointment on November 5, 2020.

Dr Singh was sworn in as Minister by President Dr Irfaan Ali.

He had served as Finance Minister under the previous PPP/C Administration.

The Finance Minister is gearing up to present the first full year National Budget of the Ali-led government in the first quarter of 2020.

In addition, Tourism, Industry and Commerce Minister Oneidge Walrond was also sworn-in this morning as a government MP once again.

This was after Chief Justice Roxane George earlier this month declared that Walrond’s previous appointment in August is unlawful and that she is not a lawful member of the 12th Parliament of Guyana due to her dual citizenship status.

Attorney General Anil Nandlall had conceded that Government recognises that Minister Walrond’s appointment may have collided with the Constitution as she was still a citizen of the USA at the time she was sworn in as Minister and Parliamentarian in August.

Nonetheless, Nandlall has disclosed that the Government has already taken steps to have this constitutional breach rectified by having Walrond re-sworn as Minister on December 1, 2020.

Both Ministers were sworn-in as MPs in the absence of the APNU/AFC Opposition.

Some of the members turned up to the Arthur Chung Conference Centre, where Parliament sittings are being held due to the COVID-19 pandemic, this morning and went into the dome, where they picked up their documents and reports, before retreating to their quarters. 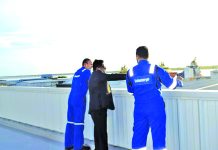 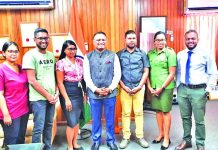 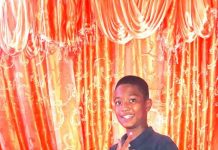