Following the death of Captain Collin Winston Martin, who died after the aircraft he was piloting crashed at Eteringbang, Region Seven (Cuyuni-Mazaruni), the Guyana Civil Aviation Authority (GCAA) has commenced its investigation to ascertain the reason for the deadly accident. 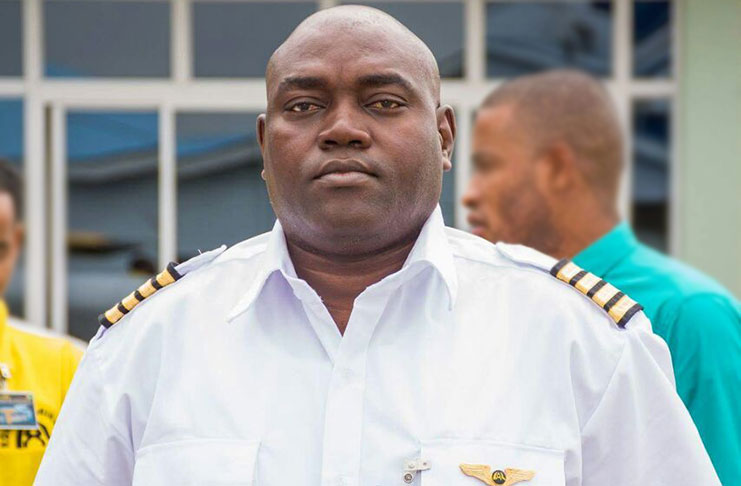 A team from the GCAA travelled into the area on Wednesday to examine the crash site and the mangled aircraft.
Roraima’s Chief Executive Officer (CEO), Captain Gerry Gouveia when contacted told Guyana Times that he would await the findings of the investigations and could not say what the preliminary assessment of the crash was.
He, however, noted that the GCAA was solely authorised to release any information about the incident. Attempts to contact Director General of the GCAA, Retired Colonel Egbert Field proved futile.
It was reported that another plane was flying behind Captain Martin’s aircraft and there was no communication of any distress that the veteran pilot might have faced. The other pilot was questioned by the authorities.
Further, while he did not want to speculate, Colonel Field had stated shortly after the incident was reported that the now dead pilot would have made a good judgement call in estimating his approach and he did think that the weather was a problem.
However, in addition to GCAA’s investigation, a probe was also launched by Accident Investigation Group as well as officials from Roraima Airways.
Martin, a Chief Pilot attached to Roraima Airways, was killed on Tuesday afternoon after the aircraft he was piloting took a nosedive into thick vegetation around the Eteringbang Airstrip.
The 40-year-old of Lamaha Gardens was alone at the time if the accident. He was reportedly heading to Eteringbang from Ekereku after a day’s work of shuttling fuel. At the time, he was piloting a Britten-Norman Islander aircraft with registration number 8R-GRA.

Condolences
Meanwhile, as messages of condolences continued to pour in following the death of the veteran pilot, President David Granger in a statement expressed his sadness upon learning of the passing of Captain Martin.
“Prior to his employment at Roraima Airways, Captain Martin served as a member of the Guyana Defence Force, having joined on March 1, 1995. He was commissioned as an Officer on November 12, 1995 and served for 17 years, attaining the rank of Major before retiring on May 4, 2012,” the release stated.
As such, the President extends sincere condolences to the wife of the late pilot – Dr Roberta Martin; his daughter, Rebecca Martin; his mother and other relatives, as well as Captain Gerry Gouveia and the staff of Roraima Airways. 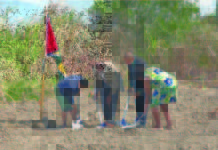 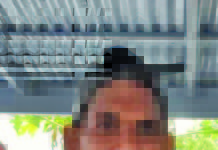