General Secretary of the Peoples Progressive Party/ Civic (PPP/C), Bharrat Jagdeo, said it is expected that the Guyana Elections Commission (GECOM) will make its official declaration of the March 2 General and Regional Elections, based on the figures coming out of the national recount, “in accordance with its amended order”.

Based on recount results, the PPP/C has so far had 187,519 of its votes in the General Elections, while the incumbent A Partnership for National Unity/Alliance for Change (APNU+AFC) has so far had just about 174,000 votes recounted in its favour.

Jagdeo, in a brief message on his Facebook page, said that the nation should not be surprised by the APNU/AFC’s effort to discredit the March 2 polls, since it was clear that the coalition has been defeated.

“No one should be surprised by APNU+AFC’s latest description of the 2nd March 2020 National and Regional elections, as ‘not credible’. It has been the APNU+AFC’s desperate mantra, the moment Clairmont Mingo was caught attempting to perpetrate massive fraud in the tabulation of Electoral District number four (4) to their benefit.

“They fought determinedly for Mingo’s fraudulent declarations to prevail. They never wanted a recount of the ballots. They even went to the Court to stop it. They tried at the Guyana Elections Commission (GECOM) to stop it. In the end, all their efforts failed. They knew that once the ballots were recounted, it would confirm the accuracy of the Statements of Poll (SOPs), which they continue to hide from public scrutiny,” the General Secretary said. 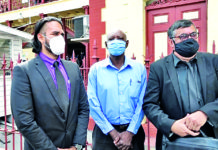 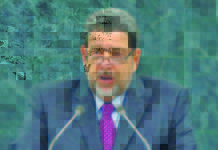 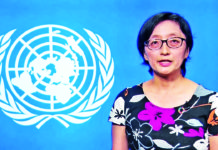 Democracy would have been hijacked

Guyanese are experiencing our toughest period

An open letter to President Granger