Guyanese national and international badminton coach and President of the Guyana Badminton Association (GBA), Gokarn Ramdhani, has assumed the prestigious position of Head Coach of the Olds College Broncos Badminton Team in Alberta, Canada.
Ramdhani’s appointment comes after he had done a stint with the team last year at Broncos. During that time, the Broncos team excelled in the sport, picking up 1 silver and 5 bronze medals at the Alberta Colleges Athletic Conference Provincial Championships, and placing 4th at the Nationals in Mississauga, Canada.

“Gokarn brings so much experience and passion for the game of badminton. It was a natural fit for him to move into the Head Coach role, after being the Lead Technical Coach last year under Mary Smith. The student-athletes will have the opportunity to learn from one of the best,” Trina Radcliffe, the College’s Athletics Manager, stated.
Ramdhani has expressed his elation at the appointment by stating, “I am happy to have gotten this position, as it gives me greater chances for becoming a better coach and it’s always a pleasurable priority to be around badminton and getting players to the highest level possible. This position also gives me a chance to draft international players.
“I started in 1983 playing when I attend Queen’s College, and made it into the National Team in 1985. It was such a memorable time playing with then top players, and many times I use to ride from Republic Park to Queen’s College so that I can play with the top players from Linden (Nathan Montague, Billy Holder, Elroy Glasgow Mike Brummell). In those days training and keeping fit was needed, and you had to keep up if you wanted to get selected,” the accomplished player and coach said, reflecting on his earlier days in the sport.

“My training was waking up in the morning at 5am and running over Guybridge and back, weights training three times a week, and practice 5 times in a week. It was rewarding as My Doubles partner Sean Barnwell & I held the most titles during the 80s and 90s. Special mention to the Late Ms Ismay Holder, who taught me lots in becoming a Sports Administrator by putting me on the executive of The Guyana Badminton Association, which I continue to run to this day. I am also at the moment the longest serving Council Member on the Guyana Olympic Association, from 1988 to date.
I kept Yonex Badminton Club running from 1985 when I took it over from late national player Philip Small, and continue to do so to date. We played at QC three times a week all year round, and produced 95% of all national players.
I remember taking our Club players to Barbados 10 years in a row to play the Shuttlers Badminton Club and attend Crop Over Carnival after the tournament. Our Club also helped players to get jobs through our recommendations, and some attended international institutions.
My pet project was coaching and running the programme for the Marian Academy Badminton Team for over 10 years.
Here I was able to produce players who made it on the national team.
I am hoping we can get through this pandemic soon, as we need to get the players back on court and our programs restarted, and especially as they were doing so well, both locally and internationally.  We medaled at Carebaco, Suriname International, and Pan Am tournaments many times. We were also the CAREBACO Junior Champions for the last two years, and medaled in the Seniors.
I am proud of all my players that I coached, and even more so my own two children (Narayan & Priyanna) who have reached so far in badminton, winning so many national tournaments and medaling at so many international that they are now both on badminton scholarships as student athletes in Canada.
My wife Emily also played a leading role as my right hand in the running of badminton in Guyana. Once you are in admin in sports, it’s my belief, if your family is not part of it, (it) shows how far you can take a sport. How can you get the interest of others if you can’t do it with your immediate ones?
It’s a lot of sacrifice, but it’s for a good cause. All depends on what’s your goal. Mine is to reach the Olympics,” Ramdhani wrote in a missive on Thursday.
“My best moments, other than producing players and medaling at tournaments, was receiving the Guyana Olympic Association Sports Award in 2015 and Marian Academy High School Sports Awards,” he continued.
With an eye on the future of badminton, the GBA President shared that he is looking forward to engageing the subject Minister for Sport, Charles Ramson Jr, on activities that the Association has planned.
“We plan to meet with the new Minister of Sport to outline our programs and activities planned, like Shuttle Time for the schools and the launching of the New Outdoor Air Badminton for the parks and rural areas,” he revealed.
“We also hope to hold our AGM in December.” He added.

Independence Race/Walk on the cards this month 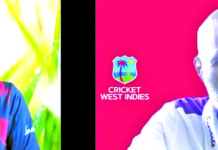 Different strokes are for different folks 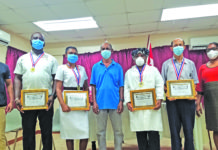