A 22-year-old security guard of Linden, Region 10 (Upper Demerara-Berbice) is now hospitalised after he was shot on Saturday by a lone gunman after a Guyana Revenue Authority (GRA) employee was robbed of his firearm. 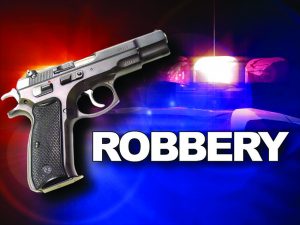 The man of Kara Kara, Linden, is now in a critical state at the Mackenzie Hospital Complex after he was attacked around 01:15h while he was standing on the Silver City Road.
Reports revealed that just prior to the shooting incident, a GRA employee was attacked and robbed of his loaded firearm.
Guyana Times understands that the GRA employee was at the time standing on the roadway at Linden when he was accosted and relieved of his service weapon, which had five rounds, that was in a holster on his waist.
The perpetrator, in his bid to escape, discharged several rounds in the direction of the GRA staff and relatives, but none of them were injured.
This publication understands that the GRA staff was taken into Police custody and was said to be assisting with investigations since the security guard was shot with a weapon similar to that which was stolen from him.
However, Police Officers were able to capture the man allegedly responsible for the shooting. He was found to be in possession of a firearm, two spent shells and two live rounds. It was not confirmed whether the weapon and ammunition was that which were stolen from the GRA employee.
Investigations into the incidents are continuing. 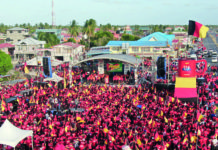 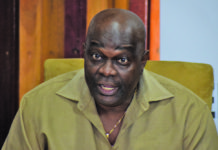 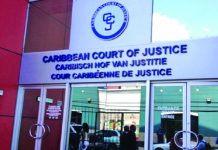 Lowenfield must produce report as already directed by GECOM Chair –...