Every human being deserves to be treated with indifference and should be allowed to express themselves freely. The very foundation of humanity speaks about kindness, acceptance and most importantly, spreading love. Quite often, people would use various mediums as an excuse to stray away from those foundational principles.

Perhaps the most widely-used reason for straying from the foundational principle of acceptance is religion.

According to Pastor Marvin Junior Livan, this should not be. Religion should not be used in a way to oppress or to cast judgement on someone. He feels that kindness, acceptance and love should be afforded to every individual despite their perceived differences.

Pastor Livan ministers at the Hope of Christ Anglican Church. The Church falls under the United Anglo-Catholic Church umbrella.

According to the United Anglo-Catholic Church’s website, they are an inclusive Church Family. They have missions in the United States and South America which are continuing the Anglican tradition.

“We are traditional in faith and practice, with both Roman and Anglican liturgical traditions, but modern in our understanding of social justice and human nature. We are a Church that welcomes all men and women in the name of Christ; to join with us in adoration and worship of the Crucified and Risen Christ,” the website states.

It was those very values that drew Pastor Livan to the Church because as a member of the Lesbian, Gay, Bisexual, Transgender, Queer (LGBTQ) community he felt isolated from the other churches he was attending.

The 28-year-old grew up in an Anglican family, and church played a major role in his formative years. He went to Bible school in Guyana and was later commissioned as a Pastor in the Pentecostal church after marriage. However, he left the church after his marriage was dissolved and went on a self-realisation journey.

However, he felt lost most of the time and that something was missing from his life. After years of being a devout Christian, Pastor Livan was there trying to navigate between his true self and love for the church.

This led him to the World Wide Web where he came across the Anglican Episcopal Church where he learnt that everyone, despite their gender, sexual orientation and race, was welcomed. He went back to his childhood church, this time with his same-sex partner. He immediately became involved in the church and served as one of the altar boys.

“Still yet, there were persons that showed me and my other half a bad face and with that, I started to question a lot of things within the church. I started to advocate with the Human Rights and Social Justice Commission that falls under the Anglican Diocese and it didn’t take me anywhere. Because I was a lone soldier there, because a lot of LGBT persons were afraid to come out and advocate alongside us. Me and my partner were the lone soldiers and we were not going anywhere. I began to question whether my same-sex partner can have our union be blessed there? Can we be recognised as a couple?”

Pastor Livan, at that time, knew that there needed to be changes and work on a plan he always had.

He always envisioned a space where the LGBTQ community could be safe and from that vision came the Hope of Christ Anglican Church.

“I started to look on the Internet for LGBT-welcoming Anglican denominations which is independent. So, I found the United Anglo-Catholic Church and they are LGBT-welcoming. In that church, same-sex marriages are legal and recognised. I started my research and got hold of Father Rick, who is a former priest of the church and he gave me the information. He also submitted my name to the Bishop and explained what I wanted to do and I was welcomed,” Pastor Livan explained.

Last October, Pastor Livan gathered some of his friends and they formed the Trust Board to manage the church. They held several meetings and in January they held their first service.

“I was overwhelmed when we had our first service because we finally have a place where the LGBT community can be safe and worship. We were free from the homophobic teachings and I was happy. At first, the community did not know much about us, but from our second service the word started to get out and we were getting the support. It was very important for us to have our safe place, because persons who were kicked out of their churches now had a place to worship God and be themselves rather than going to a homophobic church,” he said.

Pastor Livan said the word of God is one that encourages kindness and non-judgment so those are the principles on which he bases his messages.

The church now provides an escape for LGBTQ persons who are uncomfortable with the messages being shared in their respective churches. 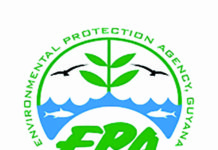