Vice President Bharrat Jagdeo has applied to the High Court asking for an interim order staying the enforcement of a $20 million default judgement awarded against him to former A Partnership for National Unity/Alliance For Change (APNU/AFC) Government Minister Annette Ferguson, who filed a libel suit against him in January 2020.

The application has been made before the very Judge who ruled in Ferguson’s favour, Justice Sandra Kurtzious.
In court documents seen by Guyana Times, Jagdeo is also asking for an order setting aside the judgement and another order dismissing Ferguson’s lawsuit. On March 11, 2021, Justice Kurtzious pursuant to Part 12:01 (2) (d) of the Civil Procedure Rules (CPR) of the Supreme Court of Judicature rendered the default judgement after Jagdeo failed to file a defence within the required time.
Given that the lawsuit was filed in January 2020, and that no action was taken by Ferguson until February 24, 2021 when she applied for a default judgement, Jagdeo, through his lawyer, Devindra Kissoon, is contending that the case should have been dismissed for delay in accordance with Part 13 of the High Court rules.
Moreover, he argues that his lawyers were not informed that Ferguson had applied for such a judgement.

As a result, Jagdeo argues that the order for a default issued by Justice Kurtzious is improper and irregular. “For this reason alone, it is respectfully submitted that the [judgement] Order be set aside and the Statement of Claim dismissed. [Ferguson] has not fulfilled the requirements necessary for the grant of a default judgement,” Jagdeo’s counsel argues.
According to Kissoon, Ferguson failed to inform the Court that she has filed identical proceedings against Guyana Times arising out of the same comments made by his client. In the statements, Jagdeo allegedly questioned her acquisition of land and the construction of her home.
Since Ferguson’s claim was for an unspecified sum in damages, Jagdeo argues that the Court should not have issued a default judgement sum, but rather invite his lawyers for an assessment of same.

Not be penalised
Shortly after the filing of the lawsuit, Kissoon said that Jagdeo retained Anil Nandlall, SC, the current Attorney General, to represent his interest. The lawyer added that Nandlall drafted a defence in this matter before January 27, 2020, but owing to several reasons, the defence was not filed.

Kissoon deposes that at the time the defence was due, Nandlall was legal adviser to Jagdeo, who was at the time Leader of the Opposition, and was also a senior member of the People’s Progressive Party (PPP) who was responsible for large portions of the Party’s campaign for the March 2020 General and Regional Elections.
Even after the elections concluded, Kissoon added that Nandlall continued to be extensively and exclusively engaged in matters relating to elections, including acting as lead counsel in elections-related litigation, as well as matters involving a recount of votes.
“These tasks resulted in Mr Nandlall inadvertently failing to file the defence though drafted. This inadvertence was not due to neglect, but rather a combination of unusual and exceptional circumstances, which caused counsel to simply be unable to comply with the time limits established by the rules.”
Additionally, Kissoon submitted that the COVID-19 pandemic resulted in the shuttering of Nandlall’s law office for several months and the subsequent relocation of files. Because of this, the lawyer stated that Nandlall did not discover that the defence, though drafted, was not filed.
According to Kissoon, “[Jagdeo] ought not to be penalised for law office inadvertence.”
Moreover, counsel added that the Court itself did not sit for most of 2020 because of the pandemic, with matters being adjourned or held in abeyance, which is still the case today. Jagdeo’s lawyer submitted a draft of the defence at the time of the filing of this application for a stay of the judgement.

Not defamatory
Kissoon is arguing that his client has a real prospect of successfully defending the lawsuit against him since the statements made by him were not defamatory and the defences of justification, fair comment, qualified privilege, and the provisions of the Defamation Act Cap 6:03 apply.
The lawyer said that the alleged statements made by his client, when taken in context, were not defamatory, false, or malicious as is being alleged by Ferguson. “The Statement of Claim contains no facts which set out how [Ferguson’s] reputation has been lowered or affected in any material way by the articles.
“In any event, it is clear from the facts alleged in the Statement of Claim that the comments concerned the distribution of State land and the conduct of public officials, which are matters of public interest and matters concerning the discharge of public functions, [Jagdeo], a constitutional office holder, being entitled to bring these matters to the public’s attention,” Kissoon puts forward.
Taking this into consideration, he submits that Jagdeo acted “reasonably and responsibly”. Maintaining that he has a complete defence against the suit, Jagdeo is now asking the Court to allow him to lead evidence that will establish that his statements were not defamatory or untrue.
Given the length and complexity of the issues in the matter, the sum of damages claimed by Ferguson, the overriding objective of the CPR and the interests of justice, assuming the Statement of Claim is not dismissed, Jagdeo’s lawyer contends that it would be prejudicial to deny him an opportunity to be heard by serving and filing his defence given that he has already been sanctioned by the Court.
Kissoon has told the Court that his client’s application is urgent, since the judgement has been entered and Ferguson may seek to enforce the judgement at any time, which warrants an immediate stay being granted. 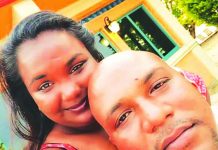 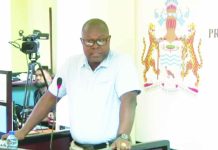 Election CoI: Instruction to escort GECOM Chair from Command Centre was not mine – fmr TSU Head 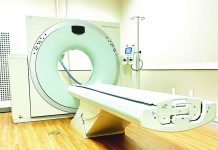