Guyana Jaguars will begin their title defence on January 9, 2019 against the Leeward Islands Hurricanes at the Sir Vivian Richards Stadium in Antigua. Two West Indies Championship matches will be played at Jamaica’s Trelawny Stadium next year. It will be the first time in 11 years that the ground will be staging four-day matches in the Championship, which begins on Thursday, January 9.
Cricket West Indies (CWI) has scheduled the fifth-round match between Jamaica Scorpions and Leeward Islands Hurricanes from February 13 to 16 at the venue, along with the sixth-round match between the Scorpions and Guyana Jaguars from February 27 to March 1.

CWI director of cricket, Jimmy Adams, said the stadium is scheduled to stage a Twenty20 International in two years’ time and this was part of the process to get the ground in shape. “It will be good to see the Trelawny Stadium hosting regional cricket again after so many years with this effort from the Jamaica Cricket Association to build its capacity in western Jamaica,” said Adams.
Only one West Indies Championship match has been played at the ground in the past, when current West Indies team operations manager Rawl Lewis led Windward Islands to a three-wicket victory over Jamaica in 2009. The ground has staged five other first-class matches – two involving international teams touring the Caribbean, and three involving West Indies A and counterparts from Sri Lanka and England. The stadium was completed in 2007 before the ICC Cricket World Cup 2007 West Indies and can seat 25,000.
Adams said he was excited about the forthcoming West Indies Championship season and working with the new West Indies senior selection panel – under chairman Roger Harper – to identify the next wave of players to stake their claims for the West Indies Test team. “A new season is always an occasion for optimism as we expect performances from both established and rookie players within the system,” said Adams. “I’m sure the new Selection Panel under Roger Harper will be keen to cast their eyes over this competition which will wrap up our 2019-20 cricket season.”
Guyana Jaguars are the five-time, defending champions of the Championship. They open the tournament on the road, when they travel to Antigua to face Leeward Islands Hurricanes at the Vivian Richards Cricket Ground in a day/night contest played with a pink ball. The Championship marks a decade since CWI were the first member of the ICC, cricket’s world governing body, to play a pink-ball match in its first-class competition, when Guyana and Trinidad & Tobago played from January 15 to 18, 2010. Pink-ball matches have now become a standard part of the Championship and each team will play two of these games – home and away – under the tournament format.
The other first round matches feature: Trinidad & Tobago Red Force battling Scorpions at the Brian Lara Cricket Academy in Trinidad, and Windward Islands Volcanoes tackling Barbados Pride at the Arnos Vale Cricket Ground in St. Vincent. (CWI) 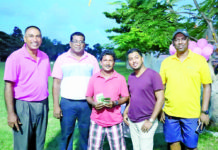 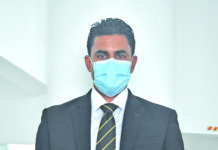 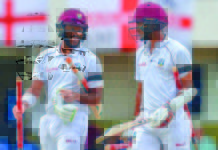 GECOM is an independent commission – Ali