All plans are in place for the successful hosting of the finals of the Rose Hall Town Youth & Sports Club/Kares Engineering Inc Patron’s Green Economy Softball Cricket Tournament. The tournament is organised in honour of the Club’s Patron and President of the Republic of Guyana David Granger’s, 72ndBirthday and to promote the effect of Climate Change to Berbicians.
The semifinals and finals of the tournament would be played on Sunday 27th August, 2017, at the Area ‘H’ Ground.
Four teams would be batting for the top prize of $500 000.00 (five hundred thousand dollars) and the Green Economy Trophy. The four semifinalists are Jai Hind Cricket Club of Albion, Grill Master of Canje, Prophecy Boys of Port Mourant and Hard Knock of Manchester/Ulverston. The four teams on Thursday last attended a pre-finals meeting with RHTY&SC Secretary/CEO Hilbert Foster who stressed that no form of indiscipline would be tolerated and that all of the teams are expected to be at the venue by 08.30 hrs.
Representatives of the semifinalists also received 13(thirteen) coloured Polo T/Shirts each which were donated by Mahadeo Panchu of KSM Investment. The teams would use the T/Shirts for the semifinals, third place Playoff and the finals. The long serving Secretary/CEO expressed gratitude to KSM Investment for the T/Shirts which would allow the four teams to be properly attired for the matches.
The semifinals would be played using the 10-Overs format, the 3rd Place Playoff would be played 15-Overs per side while the finals would be played using 20/20. The Tournament started with eighteen teams drawn from across the ancient county and was played over two weekends at the Hampshire Cricket Ground and the Area ‘H’ Ground in front of capacity crowds. All four captains at the meeting expressed confidence of copping the top prize of the largest ever cricket tournament to be organised in Berbice.
David Lukenauth of Grill Master disclosed that his team has been working hard to be in top shape to take home the top prize while Adrian Singh of Jai Hind, Elroy Williams of Hard Knock and Chandrashakker Arjune of Prophecy Boys expressed similar confidence.
The first runner up would take home $300 000.00 and a Trophy, second runner up would pocket $100 000.00 and trophy while the fourth placed finishers would have to be contended with $50 000.00.
The Man of the Final will receive $50 000.00 and a trophy. The tournament is being sponsored by several sponsors including Kares Engineering Inc, Bakewell, KSM Investment, S. Jagmohan Construction Services, and Ministry of the Presidency, Annirud Ramcharitar Construction, BK International and Regal Enterprise among others. 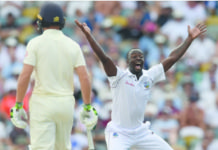 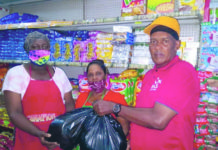 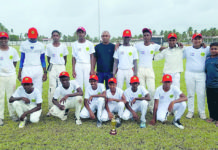