Chief Elections Officer (CEO) of the Guyana Elections Commission Keith Lowenfield today submitted a report to the Chair Justice Claudette Singh, with numbers which do not reflect those certified from the recount activity.

Guyana Times understands that the GECOM Chair has since rejected the report.

According to the figures presented by the CEO in his new report, the APNU/AFC garnered 171,825 votes while the PPP//C gained 166,343 votes.

Lowenfield, in the report, would have calculated parliamentary seats based on those figures.

By his calculations, Lowenfield is disenfranchising thousands of voters.

The certified recount figures, which has been deemed credible by all international and local observers, show that the PPP/C won the elections with 233,336 votes while the APNU/AFC garnered 217,920 – a difference of 15,416 votes.

PPP/C Executive Member Anil Nandlall has since reasoned that: “Many were critical of our move to the CCJ. Within hours we are vindicated. Lowenfield did exactly as l predicted. He presented a fraudulent Report!”

The PPP/C has approached the Caribbean Court of Justice to challenge the ruling handed down by the Appeal Court, which determined that it has jurisdiction to interpret Article 177 (4) of the Constitution of Guyana which it claims, speaks to the election of a President when the interpretation of the Constitution is being invoked but the Guyana Elections Commission (GECOM) must determine “if more valid votes are cast” for a list. 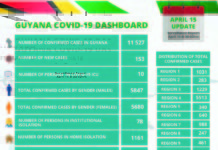 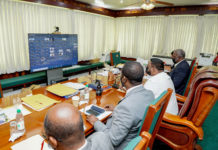 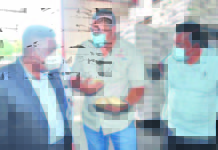