President David Granger announced that all public gathering at places of entertainment, including bars, clubs, gymnasiums, night clubs, restaurants and swimming pools, between the hours of 18:00 hours and 06:00 hours (6:00 pm and 6 am) will be banned.

The Government of Guyana continues to work assiduously to combat the deadly Coronavirus (COVID-19) disease. I addressed the nation twice before (on 11th March and 28th March), detailing the policies which have been promulgated and the action which has started. This is my third address to you on this disease.

I am happy that many individuals, institutions, religious organisations and business enterprises, of their own accord, have initiated action to protect citizens and prevent the spread of this disease.

I thank all who have contributed to the fight against COVID-19 through the installation of handwashing basins, or other valuable donations.

This is as it should be; fighting the pandemic requires the continuous, collective action of all citizens and the entire country. I take this opportunity to remind you of the following actions by the Government:

The extraordinary issue of the Official Gazette, published on 16th March 2020, aims at protecting the health and safety of all Guyanese and empowers the Minister of Public Health to take certain actions which are already in force.

The Ministry of Public Health, together with the Civil Defence Commission, has been engaged in mobilising medical staff and marshalling the resources and equipment needed to fight this disease.

The National Emergency Operations Centre (NEOC) was operationalised with effect from 31st March 2020. The activation of the NEOC is aimed at ensuring the highest level of collaboration among stakeholders and to further prevent the spread, enhance preparation and strengthen national response to the disease.

The National COVID-19 Task Force headed by the Prime Minister includes the Attorney General and Ministers of Public Health, Public Security, Finance, Foreign Affairs, Education, Communities, Public Infrastructure, Natural Resources and Citizenship was established on 12th March and completed a national response to the Coronavirus disease. Some of these measures will take effect from Friday 3rd April 2020.

I iterate the need for all citizens, in all parts of the country, to adopt the many advisories that have been issued by the Ministry of Public Health and the National Task Force, including:

Avoidance of gatherings of more than five persons;

Avoidance of touching other persons;

Avoidance of touching parts of your own faces; and

Washing of hands frequently and thoroughly in water.

COVID-19 is a global pandemic for which there is no vaccination or cure. At the individual level, certain measures are absolutely necessary to reduce the spread of this disease.

It is now clear that several other measures must be put in place to keep the public safe. The ‘National Response’ to the Coronavirus 2019 has been crafted and a draft has been disseminated. The objectives of this ‘Response’ are to:

protect the health and safety of the Guyanese people;

reduce or mitigate the spread in affected areas;

restrict or halt imported cases into the country;

restrict and contain the spread of the disease in heavily -populated areas;

ensure on-the-job safety of all medical and technical staff;

reinforce measures to mitigate the social and economic impact on the livelihood of vulnerable persons; and

coordinate the efforts of civic and non-governmental organisations.

The University of Guyana’s campuses and other schools have been closed;

National Grade Six Assessment (NGSA) has been postponed and new dates will be announced;

The Cheddi Jagan and the Eugene F. Correia International airports have suspended operations until May 2020;

Seaports have been closed to international vessels except merchant ships from 21st March 2020;

Travel to countries which border Guyana has been suspended;

Public Servants have been placed on a rotational shift system of duty;

The Guyana Revenue Authority (GRA) has waived the Value Added Tax (VAT) on medical supplies associated with the testing, prevention and treatment of COVID-19; and

Visitation at the Palms Geriatric Home; the Night Shelter; New Opportunity Corps; and the Hugo Chavez Rehabilitation and Reintegration Centre has been suspended until further notice.

The measures that have already been implemented will remain in place until further notice.

In light of the increasing number of confirmed cases of the novel Coronavirus (COVID-19) in Guyana, and the number of projected cases, a meeting was held with partners from international and non-governmental organisations to coordinate the planning of mitigative and preventative actions against the short- and long-term impacts of the virus on all sectors of the country.

Guyana is not alone in fighting this pandemic.

The Government, in order to strengthen containment measures, will close public gathering at places of entertainment, including bars, clubs, gymnasiums, night clubs, restaurants and swimming pools, between the hours of 18:00 hours and 06:00 hours (6:00 pm and 6 am) with effect from midnight (23:59 hours) on Friday 3rd April 2020.

Additional restrictions to safeguard public health will be announced from time to time as the needs arise. 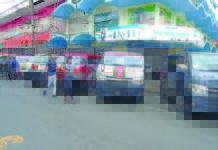 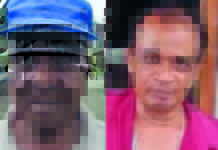 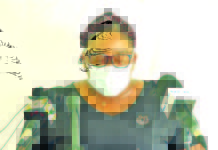