Home Sports Red Force in pole position after Round 2

Trinidad and Tobago Red Force have surged to the top of the points standings in the WICB Regional 4-Day Championship tournament, after recording a win over the Leeward Islands Hurricanes in the second round of play. Having accumulated 20.2 points from that victory, the Red Force are now leading with 29.6 points, followed closely by the Windward Islands Volcanoes who are on 29.4 points. For battling to a draw in round 2, the Volcanoes and the Jamaica Scorpions have split 12 match points, but the Volcanoes have earned 6.8 bonus points to aid their campaign. Sitting third on 25.6 points are Barbados Pride, who defeated defending champions Guyana Jaguars in round 2, and earned 21.4 points for the victory.
The Jaguars had topped the points table with 21 points after Round 1, but earned only 3.8 bonus points in the loss to the Pride, and now sit fourth on the table with 24.8 points. 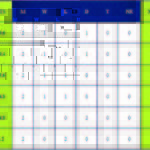 The battling Scorpions have earned draws in both Rounds 1 and 2, and are fifth on the points’ table with 14.8 points; while the Leeward Islands Hurricanes have slumped to their second consecutive loss and are in the cellar with 4.2 points.

Best Bowlers
T&T’s Akeal Hosein is thus far the leading wicket-taker with 15 wickets reaped from two matches, and with best figures of 6 for 62.
The Volcanoes’ Shane Shillingford has thus far taken 11 wickets, and has recorded a top performance of 7 for 105.
The Jaguars’ Nial Smith, in his debut season, is the third leading wicket-taker with 10 wickets. He has recorded a best performance of 6 for 15, and shares this ranking with the Pride’s Jomel Warrican, who has recorded best figures of 4 for 40.

Best Batsmen
Recording the tournament’s best batting figures thus far is Jamaica’s Paul Palmer, who has scored 262 runs in two matches, and has a high score of 116 not out.
T&T’s Darren Bravo and Joshua Da Silva are respectively second and third, on 199 and 193. Bravo cracked 133 as his highest score this season, while Da Silva boasts an unbeaten innings of 113. 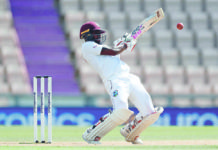 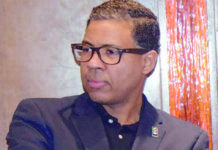 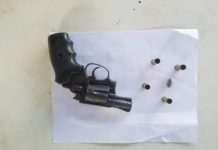