Home Sports Roberts, Hall cop U-18 and U-10 sprint doubles

The Leonora Synthetic Track and field facility was once again a hive of activity as Guyana’s school aged athletes put on a show on the penultimate day of competition, shattering records and making a name for themselves.

With the rain subsiding as compared to the previous day, the athletes donned their district colours to participate in the 200m, 1500m, medley relays and a handful of field events.
However, it is no secret that the 200m sprint was the most-anticipated event of the days. As the races were announced, the sizeable crowd became uneasy, shifting in their seats to get a better view of the bend and homestretch. The first 200m race called was the Boys U-20 that Shane Haynes of Distric 10 took convincingly. Alwyn Prince (District 4) and Anthony Griffith (District 11) had to settle for second and third. The ladies’ U-20 race saw Tonya Rawlins of District 3 continuing in her winning ways. She was followed by District 13’s Analissa Redmond and Leona Jones (District 10).

The best 200m race of the night could be given to the boys’ Under-18, which saw fierce competition. The race was unsurprisingly one of the fastest of the evening, featuring a number of seasoned runners. Emerging from the pack just on the beginning of the homestretch, Deron Roberts distinguished himself to take the lead and the win. The young man out of District 13 ran 22.36s to take the 200m gold after copping the 100m gold on Wednesday evening. Daniel Benasamin (District 11) and Godwin Humphrey (District 5) finished as runners-up.
Another scintillating performance came from little Akeela Dover, who is ‘in the thick of things’ at the National Championships. The young lady has not only excelled on the track, but has shined in the field events. On Thursday night, however, she made the 200m U-10 race her own with a commanding win. From the sound of the gun, the young woman was several strides ahead of her colleagues and maintained her lead until the finish. 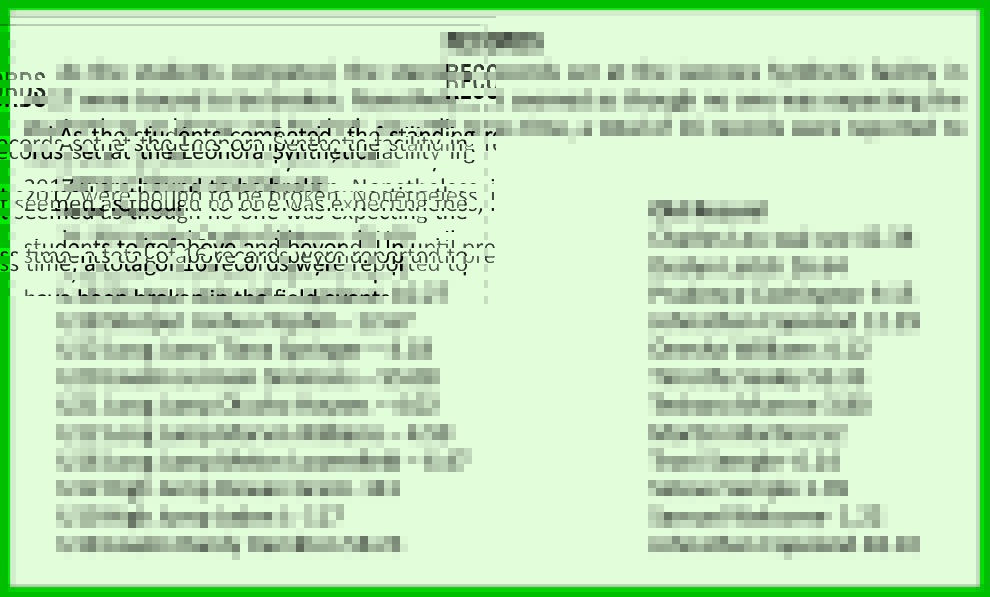 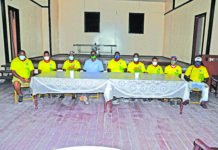 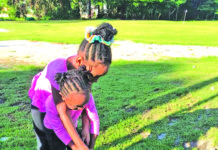