Home Sports Showstoppers have been stopped! Brothers United are the “Greatest of the Streets”

The West Coast/East Bank Guinness “Greatest of the Streets” subdivision came to an exciting close in the wee hours of Saturday morning, with an ecstatic crowd witnessing the crowing of a new champion.
After a three-year Showstoppers reign, Brothers United were finally able to break their hold on the West Coast/ East Bank subdivision on Saturday morning, with one of the most exciting stalemate encounters.
Former national striker Andrew Murray’s clinically struck penalty left the large turnout of Showstoppers fans in disbelief and heartbroken as they saw their favourite team’s three-year reign come to an end on Friday night, at the Pouderoyen Market Tarmac.
Playing in the final of this year’s West Demerara/East Bank Demerara Zone of the Guinness “Greatest of the Streets” Competition, the visitors stunned a capacity crowd, that many felt was the biggest turnout in the Zone’s history, first being able to hold the champions to a goalless stalemate in regulation and then beat them in the penalty shootout 1- 0.
Just as predicted, Brothers United employed a defensive strategy with Murray the lone striker upfront, instigating a counter attacking ploy whenever Showstoppers lost possession of the ball and it seemed to frustrate the usually ice cool Showstoppers side.
The normally potent strike force of Marvin Josiah, Stephon Jupiter and Trayon Bobb were kept at bay by sturdy defending and a threatening counter attack led mainly by the skilful Murray.
It was not to say that Showstoppers did not have a few chances, but they came largely from long range as the last stop of United stood firm in repelling the offensive forays of the champs.
The few opportunities that Murray and Co had were also close shaves as the two teams executed their strategies to perfection, but the final whistle came with none able to penetrate the defence and penalty shootout was the next order of the night.
After misses by both teams, Murray would become the lone hero of the exciting encounter when he buried his effort right down the middle to send his band of supporters in wild celebrations as they finally managed to break the stranglehold of Showstoppers, rightly regarded as the most complete team on the West Side.
They also ensured that history would not be achieved against them since Showstoppers were attempting to become the first team in the Guinness “Greatest of the Streets” Competition to win four consecutive titles.
Among those in attendance was Guinness Brand Manager Lee Baptiste, GT Beer Brand Manager Jeoff Clement and sponsor Colours Boutique representative Robson Brotherson.
Earlier, Ballers Empire outclassed Up Top Bosses romping to a comfortable 3-0 win to claim third place, while West Side Ballers squeezed past ESPN 2-1 take home the Plate final and $60,000.
Brothers United received $500,000 and the winning trophy; while second, third and fourth placed finishers carted off $250,000, $200,000 and $100,000 respectively along with trophies.
Attention now switches to the next leg which will be held in the Ancient County of Berbice on March 8, 9 and the final set for the 16th minute. 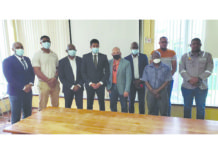 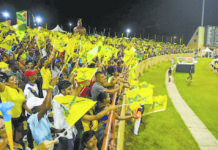 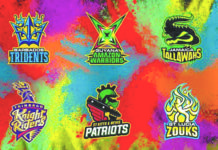