President Dr Irfaan Ali has received a letter of congratulations from the President of the Republic of Singapore, Halimah Yacob.

In the letter, President Yacob said, “Thank you for warm wishes on the occasion of Singapore’s 55th National Day. I would also like to take this opportunity to congratulate you on your elections as President of Guyana. Guyana and Singapore enjoy good relations and work well together as bilateral relations have in recent years broadened to include exchanges on e-government and energy.”

In addition, President Yacob pointed to the Air Services Agreement, which was signed in 2018, and which she noted would serve to further strengthen ties between the two countries, particularly under President Ali’s leadership.

Over the past month, Guyana’s Head of State has received numerous congratulatory letters from fellow Heads of State, international organisations and other civil society organisations, with many expressing the desire to work with the Government for the continued development of the country and its people. 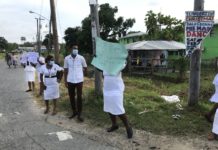 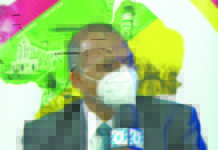 Over $250M from SLED programme unaccounted for – Minister