Videomega Production, the company owned by Minister of Public Telecommunication’s Cathy Hughes, have not only received contracts from several other ministries; it received a contract from the minister’s own ministry.
This was revealed when the company released several invoices for work it did arranging advertisements for various ministries. A total of $3.6 million was paid to the media houses, but according to Videomega productions all it pocketed was a 15 per cent agency commission totaling $481,577.
The contract that Hughes’ ministry awarded to her company was for ads ranging from full paged full color to 7 x 2 in size to be placed in the daily newspapers for its Caribbean Information Communication Technology (ICT) road show 2018.
In addition, the Natural Resources Ministry also commissioned Hughes’ company to produce full page full color camera ready artwork that was placed in almost all the dailies on March 22, 2018. This cost $406,501.
Ads were also placed in all the dailies for the Tobacco legislation media campaign, on behalf of the Ministry of Public Health, in October and November of 2018. These two campaigns cost $1 Million each.
Videomega Productions, a company which is owned by Minister Hughes and managed by Russel Lancaster since 2015, received contracts from the Energy department to produce television public service announcements (PSAs) for the department, which is coordinating preparations for Guyana’s oil and gas sector.
It had been reported that the company was also been contracted to produce brochures. It is unclear at this point of time what, if any, tendering process the Minister’s company went through to get these contracts.
Hughes has repeatedly insisted that she played no part in the running of her company after 2015 and had no knowledge of the government contracts it was receiving.
“In May 2015 upon my assumption of the role of Minister of Tourism I relinquished any involvement in the day to day running of Videomega Productions. Russel Lancaster was appointed Manager and is responsible for the operations of the company. I have since been informed that the contract was for the production of three sixty second television Public Service Announcements.”
“The value of the contract is $ 832,200. The award of this contract was never brought to my attention neither would I have been aware of it in the normal conduct of the company’s business,” the minister had said in a statement last month. 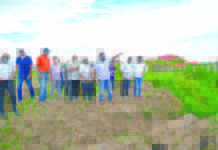 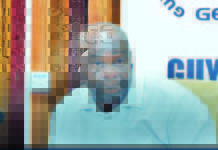 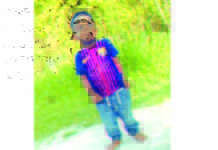