Home Features The Art of Kite Making Makes me happy 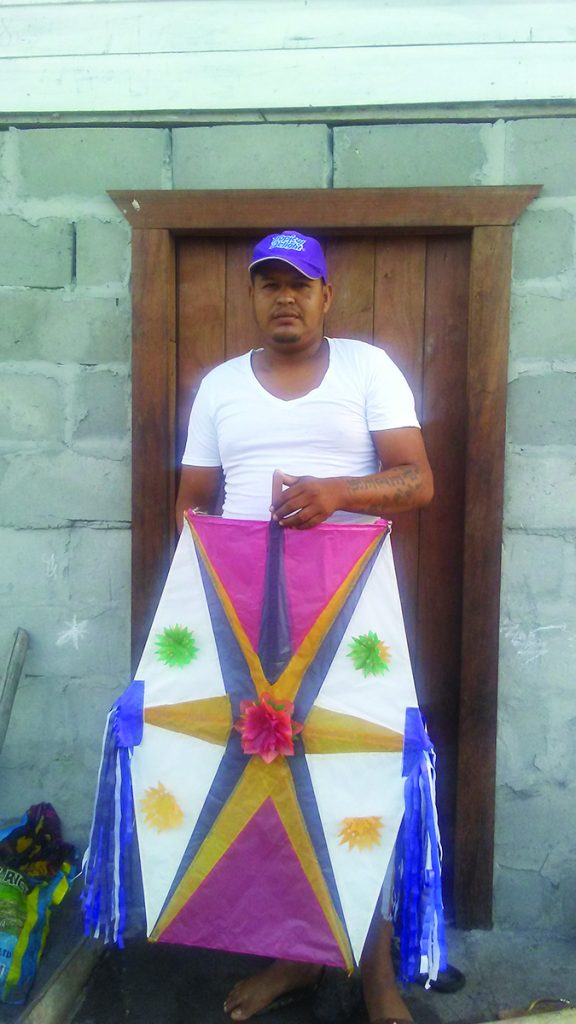 Easter is not just about the baking of delicious cross buns, but more so of the traditional activity of kite flying before, on or even after the Easter holiday. This super-exciting activity simply signifies that Jesus was risen from the dead, as believed by Christians globally. As such both children and adults enjoy themselves yearly as they test their creative skills by making beautiful kites and send them soaring in the open sky.
But on the other side of the line, most persons do not find the time to carefully make their own kites to fly during Easter, while others overall cannot make a kite. But coming to the rescue, are that one in a million persons who make it their priority to spread Easter happiness through kite making, one such person is 25-year-old Collin Domingo of Yarrowkabra, Soesdyke-Linden Highway.
I had grasped the opportunity to interact with the talented man, and during our talk, he took a few steps back down memory lane where he remembered how his kite-career began. He spoke of his childhood years of making ‘caddy ole punch’ for himself, and even as he went into his teens, then to a young adult he was somewhat fascinated and captured by the art of making kites even to this present time.
Domingo who has enjoyed the kite making trade for over five years, gleefully explained that his business is very profitable both financially and emotionally, since seeing the smiling faces of his costumers boosts him to keep his dreams alive.
“Well for me as a young boy, I always find myself busy making caddy-ole-punch for me and my other siblings because it was fun to me especially during Easter time. And because of simply finding excitement in making those simple kites back then, that passion grew within me as I got older to become better at my kite making…..today I am very much pleased with what I am doing cause I put smiles on those children faces when I make the kite of their choice, and seeing my customers and my family happy is what makes me happy” he related.
The father of one explained that apart from his passion for kite making, he also wanted to gap the need for persons travelling from his community to the capital city to purchase kites, especially since not much persons are involved in trade within his environment.
“Ever since I’ve noticed that not much people in Yarrowkabra make kites and actually everybody does travel till to town just to purchase one, I wanted to change that and I saw the opportunity to do it so I went out and grasped it while it is available” he effortlessly explained.
Being skilled specifically in making the star-shaped kite, the tradesman without hesitating took some of his time to thoroughly demonstrate the step by step process of making a multicoloured star-shaped kite.
The star-shaped kite which is the most popular of the kites existing in Guyana is basically made with light strips of wood cut to the desired length. Two of these strips are arranged in an X-frame, with a third strip being placed horizontally between which allows the enjoinment of a thin piece of a coconut stem to the end of the two crossed frames, which is commonly called the nose of the kite.
After, string (or polyethene) is used to be placed around the star-shaped kite which easily allows the attachment and alignment of kite paper by using paper paste.
Most kites are multicoloured which helps in boosting the appearance and bringing out the true beauty of the kite. Various artistic patterns are created out of kite papers to be pasted onto the surface of the kite, the same is also used for the frills and flaps of the kite. The kite’s frills simply look like stripped kite papers and are placed above the flap (or kite ears) on the side of the kite, which enables the kite to ‘dance’ or ‘move’ in the wind.
Finally, a tail for the kite is vital and can be made from light fabric (preferably old sheets) and attaching it to one of the kites looped end and leaving the other for the twine(string for holding kite) to be attached. 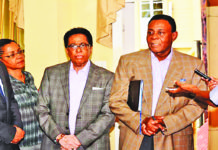 The Walter Rodney CoI Report: Buried by a party of self-protectionists 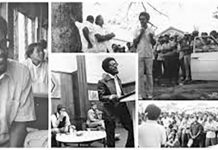