Home News US Secretary of State’s visit not intended to pressure Payara approval- US...

A US State Department official has dismissed concerns that the impending visit of US Secretary of State Mike Pompeo is aimed at pressuring the Guyana Government into approving ExxonMobil’s Payara Field Development Plan that is currently under review.

The Official said the visit is “certainly not an effort to put pressure” on Guyana but a celebration of their great success in the petroleum sector.

“The Exxon evaluation will be done on its own merit by the Guyanese experts,” the Official stated.

The Official went on to explain that the US government wants to help Guyana, as well as Suriname, to develop welcoming environments for honest foreign investments.

Secretary of State Mike Pompeo is scheduled to arrive in Guyana on September 17 for a two-day visit during which he will be meeting with President Irfaan Ali and Foreign Affairs Minister Hugh Todd as well as other stakeholders including the oil companies.

After taking office in August, the new PPP/C government recruited a team of intentional experts to conduct an assessment of the FDP review done by UK firm Bayphase Oil And Gas Consultants, which was contracted by the previous APNU/AFC government.

Natural Resources Minister, Vickram Bharrat, says that the Department of Energy is currently engaging ExxonMobil on some technical issues and that the approval for the FDP is likely by the end of the month.

Previously, ExxonMobil warned that Guyana could loose billions if the Payara Field Development Plan is delayed any longer but later clarified that it remains committed to the country.

Payara, which was discovered in 2017, is Exxon’s third potential development project within the Stabroek Block after Liza Phase 1 and 2. The discovery well was drilled in a new reservoir, encountering more than 29 metres of high-quality oil-bearing sandstone reservoirs.

The Payara development plan includes a floating production, storage and offloading (FPSO) vessel, named Prosperity. It is expected to produce 220,000 barrels per day, supporting up to 45 wells, including production, water injection and gas injection wells. 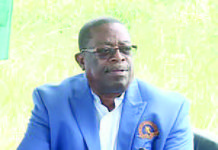 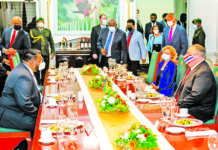 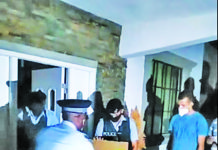