Days after caretaker President, David Granger called on members of the Guyana Defence Force (GDF) to be loyal to him, he has granted approval to Chief of Staff, Brigadier Patrick West to proceed on accumulated leave with effect from July 1, 2020.

The Brigadier’s accumulated leave will end in March 2021.

As a result of this development, Colonel Godfrey Bess was appointed by Granger to function as Chief of Staff; Colonel Trevor Bowman, Inspector General; Colonel Sherwin Anderson, Quartermaster General; and Colonel Raul Jerrick as Adjutant General with effect from July 1.

In light of this being his pre-retirement leave, Granger extended best wishes to Brigadier West for his service as an officer in the Defence Force since 1985.

Brigadier West who is now, 54, served as the country’s 10th Chief of Staff.

He expressed gratitude to the caretaker President and the Board for both “specific and general direction” which he said has helped to shape the course of effective transformation within the Force, while at the same time developing the concept of Total National Defence.

“I think Colonel Bess will have a very good foundation going forward,” Brigadier West said while describing his time in the military as “very good.”

Brigadier West is the recipient of the Military Service Star, Military Efficiency Medal, and the Border Defence Medal, among others.

Meanwhile, 51-year-old Colonel Godfrey Bess said it was an honour to have been bestowed with the privilege of serving as Chief of Staff of the Defence Force and thanked the President and the Defence Board for the opportunity to serve while Brigadier West proceeds on his accumulated leave.

Colonel Bess thanked also, Brigadier West whom he has worked with over the last three years on what he termed the consolidation and stabilisation period of the GDF.

Colonel Bess who started his military career in 1990 served in Command, Administrative, Staff and Training appointments throughout the GDF. He said his professional education was supported by the compulsory professional military education of the Guyana Defence Force which includes the Senior and Junior Command and Staff Courses and Managing Security in Wider Defence Context.

Colonel Bess’ has been serving as Quarter Master General since January 1, 2018 and has been responsible for ensuring that the GDF is well resourced to carry out its mandate in any terrain.

Colonel Bess is the holder of a Bachelor of Social Science Degree in Business Management and Level Two Association of Chartered Certified Accountants. 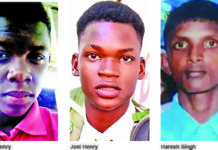 RSS team arrives in Guyana to assist with investigations 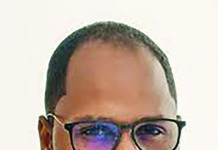 Another company returns land given out under former APNU/AFC Govt 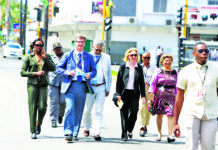 RSS team arrives in Guyana to assist with investigations

Another company returns land given out under former APNU/AFC Govt

Panellists for CoI into Guyana’s election fiasco could come from regional,...