The Guyana Press Association (GPA) joins with our colleagues in Guyana, the Caribbean and around the globe in observing World Press Freedom Day 2021.

To media workers, we salute you, our photographers and videographers, video editors, managers and those who are not always visible but whose contribution adds value to the news product. To our journalists and editors who continue to toil beyond hours to bring the news, we salute you on this World Press Freedom Day.

The theme of this year’s observance is simply “Information as a Public Good”. This ultimately means that State Parties have an important role and responsibility as do the disseminators to ensure that we serve the public interest through our content.

This task has become most important in the period of the pandemic when the public depends on journalists to provide accurate information to counter not only the anti-vaxers but also those who churn out misinformation and disinformation.

States like Guyana have a critical role to facilitate this public good to the wider public. In this regard, the Guyana Press Association (GPA) urges the Guyana government to create a greater public awareness about the Access to Information mechanism so that not only journalists but the wider public can maximise its use.

Additionally, the GPA urges the media corps to dedicate journalists to research particular topics and utilise the Access to Information mechanism that we believe needs to be revamped and made user-friendly in a simplified manner.

In an age when some media practitioners are driven merely by a few lines to catch Social Media eyes, we have to be more aware of the information we put in the public domain. We have to respectful of persons faced with trauma, our treatment of victims of sexual assault, abuse and human trafficking and most importantly understand our role in the protection of minors and how they are portrayed in the stories we write.

The most pressing issue facing journalism is the viability of free and independent media because advertisers and sponsors believe that they get more returns on their dollars from Social Media, which, for the most part, is a minefield of misinformation and disinformation satisfied by how many likes and shares one gets. Worryingly, too, are elected officials who are perpetuating these types of acts under the guise of influencers. Influencers for who and for what? Just for votes?

Finally, if freedom of expression is to be the source of a meaningful public good , the State, the business community and the practitioners must see themselves as being inextricably linked to the cause for the benefit of all.

The GPA also calls on political parties, state or otherwise to ensure all media have timely and adequate access for interviews as well as press engagements. Over the past 24 months, officials both political parties and others have used the pandemic as an excuse to avoid the media, avoid engagement on national issues and provide much needed scrutiny. The GPA uses this opportunity to call for the return of the weekly post-cabinet press briefing as well as more frequently held press conferences by the Minister of Health and key health officials on the pandemic.

The GPA remains committed to media workers and the value we stand by, once again we salute you and your work on this day 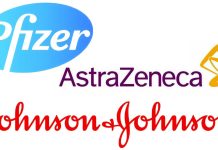 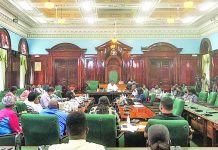 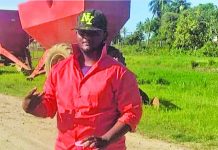