Two Prison Officers are now in under close arrest after a search unearthed close to 2 pounds of marijuana at the Lusignan Prison Barracks.

The Police said that a search was conducted the Prison Barracks housed the Cecil Kilkenny Training College at 22:00h. The Barracks was occupied by two Prison Officers at the time of the search – one from the West Bank of Demerara and the other of East Canje, Berbice.

During the search, a black plastic bag was found in a cupboard under a sink, which was opened in the presence of the two Prison Officers. The bag contained two large transparent ziplock bags containing a quantity of leaves seeds and stems suspected to be cannabis. It was then handed over to the Police and weighed in the presence of the Officers. It amounted to 894.5 grams.

Both Ranks were placed under close arrest as the investigation continues. 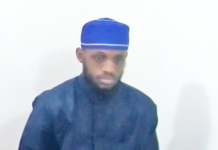