A six-year-old girl is now dead after she was struck by a motorcar on the East Bank of Essequibo (EBE) on Saturday evening. Dead is Kellisa Richards of Lot 4 Farm Railway Embankment, EBE, Region Three (Essequibo Islands- West Demerara). The accident occurred sometime around 17:00h on the Farm Railway Embankment. According to Regional Commander, Assistant Commissioner Simon Mc Bean, Richards was attempting to cross the public road unattended when a car, bearing registration number PRR 7918, hit her. As a result of the impact, both the child and vehicle ended up on the opposite side of the road. Kellisa’s mother told the police that the former Greenwich Primary pupil had asked to go to the nearby shop but she refused to let her go. However, the sixyear- old, unknowing to her mother, went on the road by herself and it was then that she met her demise. After she was hit, the injured and unconscious child was picked up by the driver of the car and rushed to the Leonora Cottage Hospital. There, she was pronounced dead on arrival (DOA). Meanwhile, the 32-yearold driver of Tuschen, EBE, was taken into custody and is assisting with further investigations 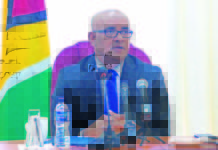 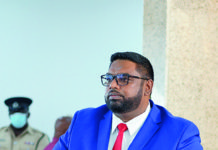 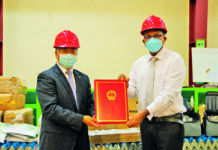