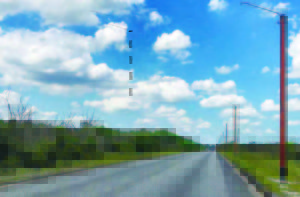 While the Government is placing emphasis on installing street light along the Soesdyke-Linden Highway, residents in the mining town are complaining bitterly about insufficient street light in their communities. These residents are from the community of Christianburg at Wismar, Linden. The residents, who live in the vicinity of the Christianburg cemetery, are calling on the relevant authorities to look into the issue, which they noted has been a burning one for some time. One of the affected residents who prefer not to be named explained to this publication recently that residents are urgently in need of some brightness in the area. “We’re asking the authorities if they could put some more street lights in Christianburg because we does really be in blackout. The street is really dark. Parents, children does have to walk home at nights and it’s really troubling”, the resident noted. The residents noted that those who live in the vicinity feel unsafe as they pointed to an incident which recently occurred whereby a suspicious- looking man was observed lurking underneath a tree in the area. At the time, residents reported the incident and Police responded. However, the residents indicated that after the man observed that residents were alerted to his presence, he ran out of the area and Police responded approximately two hours later. “We are asking if somebody in authority could put some lights. Everybody knows that the area got a cemetery, so we don’t know if they don’t want it to be too lit but it needs to be lighted up. Tourists does come and take pictures at the waterwheel and so on, but we need lights. Residents asking for it since I moved here last year. It’s unsafe because sometimes you have to wait until somebody coming down the road so you can get somebody to accompany you when you coming home at night”, the resident told this publication. They said following requests by residents, three lights had been installed, however, they noted that this is insufficient, more so since one would have stopped working. These lights were installed following the incident with the man observed lurking underneath the tree. “The place is very dark. I don’t want them to wait until something bad happens then to put up lights. At least if we could get it before Christmas, we’d be very grateful because we need improvement… we just need them to put in some lights. We’re begging them long, since last year. We’re asking, please, because straight along from the bridge (Mackenzie- Wismar) coming down have lights. Some working, some ain’t working and when you come down to Christianburg is hardly any lighting…”, the resident explained. They also pointed out that many residents have indicated that they are living uncomfortably, owing to the issue. The resident added that residents were informed that the Linden Mayor and Town Council (LM&TC) is in possession of lights but it is unclear why they have not been installed. Christianburg residents decry lack of street lights Street lights 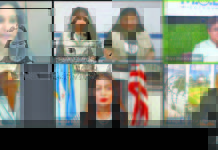 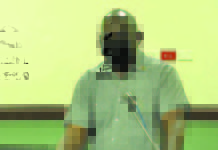 “We have to be more skilled, better at fighting fires” – Benn tells GFS