Commissioners from the Guyana Elections Commission (GECOM) have confirmed that the Official List of Electors (OLE) is completed, with some 661,028 eligible voters.
This came out of a statutory meeting at GECOM on Tuesday. Government-nominated Commissioner Vincent Alexander informed the media that the list was ready, although he noted that 661,028 was an unusually high number.

He explained that the National Register of Registrants (NRR), the database of all eligible and future voters, had 663,365 persons. Of this, 646,625 persons were extracted for the Preliminary List of Electors (PLE).
He further related that 6094 persons were removed because of death, while there were 395 objections upheld by GECOM following the Claims and Objections (C&O) exercise. The Revised List of Electors, meanwhile, had 661,378 persons. Alexander also explained that 368 duplicates were removed.

Normal feature
In an invited comment, Opposition-nominated GECOM Commissioner Sase Gunraj said that this growth in eligible voters is normal in the case of Continuous Registration. He further noted that attempts to discredit the list constitute attempts to undermine the process at GECOM.
“While I have my own reservations about what happens at GECOM and the procedures, the size of this list is a normal feature of the Continuous Registration system. And as a consequence, the growth of the list is nothing alarming.”

“In addition to which, the parameters that were used to determine the entries to that list are those which were canvassed before the Chief Justice, who made a ruling as to what ought to be included and what ought not to be included. The list, in my humble opinion, follows the dictates of the ruling of the Chief Justice in that Christopher Ram matter.”
In 2015, when GECOM had published the OLE ahead of those elections, the total number of voters was 570,787.

New registrants w
Over 16,000 new registrants were recorded during the House-to-House (H2H) exercise that ran from July 20 to August 31, 2019. This number was subsequently included on the RLE. However, the Opposition – People’s Progressive Party (PPP) – has always contended that the H2H exercise was largely unsupervised and would produce flawed results.
Indeed, the party subsequently found that many of the persons listed as new registrants are either dead or were previously registered.

It had previously been announced that over 6500 persons of the 16,863 new registrants were not confirmed during the five-day field verification exercise which concluded on December 22. Figures released to the media the next day had shown that Region Four (Demerara-Mahaica) had the highest number of unconfirmed persons, which tallied to 3657.
Some 370,000 registrations obtained during the scrapped $3 billion H2H exercise were sent overseas to be cross-matched with the National Register of Registrants Database (NRRD) in order to filter out the duplicates.

Attempts to remove names
As GECOM continues it elections preparations for the March 2 polls, Attorney General Basil Williams – in the Government’s partial appeal of the House-to-House Registration – is seeking to introduce an old piece of “mysterious” legislation which speaks to inserting residency into the Constitution of Guyana. 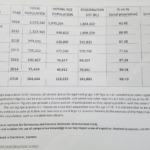 This piece of legislation, Constitution Amendment Number 4, Act of 1991, was part of the constitutional reform process prior to the 1992 elections. Williams argued before Chancellor Yonnette Cummings-Edwards and Justices Dawn Gregory and Rishi Persaud, that the court should consider the Act as applicable.
Former AG Anil Nandlall described the Act as irrelevant to current elections. Nandlall pointed out that elections are already set and it would be inconceivable for the court to undo all the work the Guyana Elections Commission (GECOM) has put into making the elections happen and preparing a voters’ list.
Williams is contesting most of the major points from Chief Justice Roxane George’s August 14, 2019 ruling. One of the major contestations in the appeal is the residency requirement for being registered.
The Chief Justice had ruled that persons, once registered, could not be removed by enumerators without just cause. The AG is also alleging that the Chief Justice, somehow, breached the separation of powers doctrine by ruling that GECOM could not remove registrants who were alive and well. 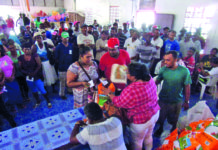 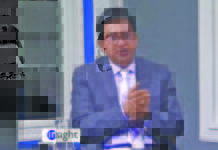 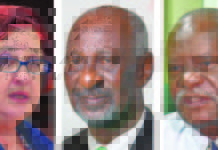