Approximately three weeks after a 12-member High Court jury found him guilty of manslaughter, 22-year-old Jonathan Budhan of Vreed-en-Hoop, West Coast Demerara (WCD), was on Monday slapped with a 25-year jail sentence. The man was accused of killing 40-year-old Deonarine Manbodh in October of 2016.

The sentence was handed down to Budhan, who was very emotional when given the opportunity to speak. The convict, in tears, apologised to the family members of the deceased who were present in court. He also informed the court that he regrets his actions and begs for mercy.
Budhan’s attorney, Nigel Hughes, in his plea of mitigation told the Judge that his client is remorseful, since according to the probation report, Budhan was described as a peaceful character, a hardworking and quiet person.
Justice Navindra Singh, however, told the young man that he sees the jury’s verdict as merciful since according to the evidence, he was prepared to injure Manbodh, relying on the fact that after the first hit, he continuously fired blows to the now dead man even though he was on the ground.
Furthermore, Justice Singh noted that he does not want to be the one to have young people incarcerated, as he considered the probation report and the years the convict spent on remand, thus sentencing him to 25 years’ imprisonment.
Budhan had been initially charged for the capital offence of murder but a 12-member jury in a 10-2 proportion delivered a guilty verdict of manslaughter. The charge faced stated that on October 25, 2016, in the county of Demerara, he killed Deonarine Manbodh.
During the trial, it was revealed that the accused, formerly of Vreed-en-Hoop, West Coast Demerara, armed with a bat, dealt Manbodh a lash to the head after he was embarrassed and assaulted by the now dead man.
The accused retaliated due to the deceased’s actions. The convicted man had reportedly disapproved of the relationship between his niece and the now dead man.
Reports indicate that on October 20, 2016, Manbodh was beaten to his head with a bat by the accused. Manbodh was rushed to the Georgetown Public Hospital Corporation (GPHC) where he was admitted and died five days later.
The accused, who evaded Police apprehension after committing the act, later turned himself in at the Leonora Police Station and was charged for the offence. 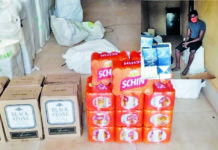 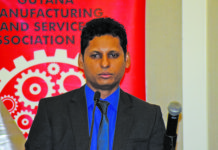 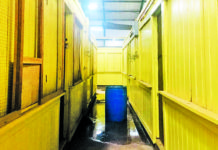