Agriculture Minister Zulfikar Mustapha, this morning, welcomed the commitment by United States Secretary of State Mike Pompeo to review the current ban on the importation of catfish in the US.

The announcement was made during a joint press conference between President Dr Irfaan Ali and Secretary Pompeo at State House.

Exporters of catfish were requited US Food and Safety Inspection Services (FSIS) to provide documentation to verify that their inspection system was equivalent to US standards. The failure to do this resulted in the United States imposing a ban on catfish imports from Guyana and other non-compliant countries in September of 2017.

During the joint press conference Friday, President Ali told reporters that “I raised with Secretary Pompeo, the need to revisit the current export restriction on wild-caught catfish – a product which is a great demand in the Guyanese diaspora.”

“This market is very important not only for export earning but also for the sustenance of the livelihood of the fishing community,” President Ali explained.

In response, the US Secretary of State highlighted that “I used to catch catfish when I was a young man.”

Pompeo went on to assure that: “We’re getting the information that is needed, we’ll work with you. We’ll put it through the US regulatory process and the WTO [World Trade Organisation] review process and I’m confident that we can get a good outcome.”

Welcoming the commitment, Minister Mustapha said that getting the ban lifted is one of the PPP/C’s Government priority since the fishing industry is severely affected.

“I am happy that the Secretary of State mentioned that they will be reviewing our submissions in terms of the regulations and the rules and hopefully that we can get the ban lifted. As we know that this is a $1.8 billion industry and over the last three years our fisher folks have suffered,” the Minister said.

Mustapha added that the catfish exports to the United States – a country with a significant portion of Guyanese migrants – is intended to target the very Guyanese diaspora.

“I am very optimistic that we can have this ban lifted…in Guyana, we are doing it very differently than in the United States because we are capturing these catfish in the wild rather in the United States, they are rearing it and feeding it and selling it in in the markets. We are hoping that after this revision of our submission, hopefully, we can get this ban lifted,” he reiterated.

According to the regulations, Guyana must be able to catch catfish and transport it to a processing plant while it is alive. This is in contradiction to what is being practised here, whereby the fish is caught, disembowelled and the carcass is iced until it reaches the shore.

Over three years had elapsed under the coalition administration and the situation remained unfixed.

In fact, the former coalition administration knew of the updated requirements since November 2015 but did nothing to ensure there was compliance. 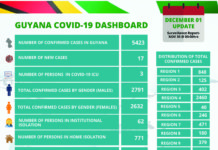 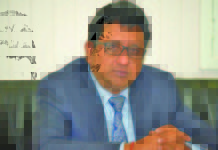 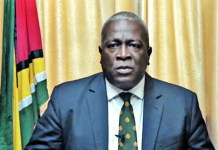