Home Features “All educators are unique in their own way” Rezwan... 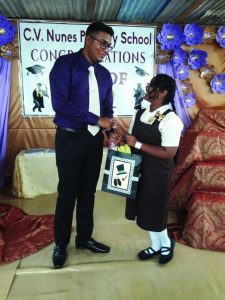 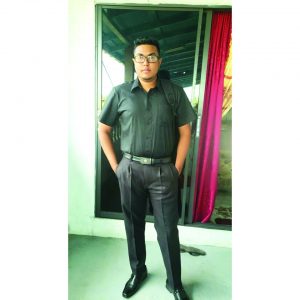 Teaching requires the patience to deal with multiple personalities. Teaching requires the ability to see a classroom of students as individuals as opposed to a collective. Teaching is the art of simplifying the most difficult thing so that your students can grasp the concept.
A teacher is judged by the achievements of their students because it is believed that a teacher has the ability to work miracles. Quite often, teachers go above and beyond what is required of them to get the job done. They sacrifice their personal lives so that they can give your child an extra minute to grasp the concept.
Teachers neglect their own health so that your child can become the best version of themselves. While teachers are appreciated by society, they are often undervalued. They are neglected by a system that is conditioned to judge them by how much of the curriculum they complete in a term. A system that not only expects them to teach a variety of topics within a school term but also drowns them in paperwork on a daily basis.
The saying “not all superheroes wears capes” certainly applies to all teachers. One such teacher is young Rezwan Amid Persaud.
Though fairly new in the teaching profession, Rezwan has been making an impact in the lives of those he encounters. The 25-year-old is a teacher at the CV Nunes Primary School on the Essequibo Coast.
“I never once thought I would have joined the teaching profession since my patience was limited. It took me five years before I considered the teaching profession. My aunt noticed I had much love for children and she encouraged me to join the profession.
“In 2015, I applied for at the Cyril Potter College of Education and was accepted at Turkeyen campus. Since I was an Esseqibian, I was accommodated at the dormitory. The life there was a bit challenging but I’ve made it with the help of the almighty father and support from my grandma and friends.”
When he graduated from CPCE in 2017, Rezwan returned to the Essequibo Coast where he began his career as a trained teacher. Now he is more himself in front of the classroom as anywhere else. He understands the struggles some of his students have and he is on the path to making them overcome their fears and get over those struggles.
Rezwan sees himself as an inspiration to those students because, like many of them, he too had his fair share of struggles while he was a child. He grew up with his grandmother, away from his parents, which itself was a challenge.
However, his grandmother never allowed him to feel the absence of his parents and for that, he is grateful. She encouraged him to aim big and conquer. She ensured that he had the tools necessary for a quality education so that he could become the independent person he is now.
Although teaching was not his first career option, Rezwan cannot see himself doing anything else at this point. The idea of serving as a role model and nurturing the minds of Guyana’s future generation has consumed him. He has made it his task to be the best teacher that his students will ever have, not because he wants to be the best, rather, because he wants them to be the best.
Like many teachers, Rezwan too gets tired at times but never had he thought of giving up because of the immense responsibility he has. During the short years he has been teaching, Rezwan has made memories that can fuel him for a lifetime but he knows there’s more ahead.
“I’m no different from other educators, we are all unique in our own little way. The memories are great. I live in the moment and as a teacher, one of my best memory was when the National Grade Six Assessment results were announced earlier this year. When I heard that my pupil, Venisha Lall, topped the country and that Pradesh Dwarka placed second and Gevasha Harpaul, third in Region Two (Pomeroon-Supenaam), I was beyond happy. The hard work had indeed paid off and that is quite fulfilling as a teacher.”

“It was impossible to cheat” on Elections Day – EU Ambassador