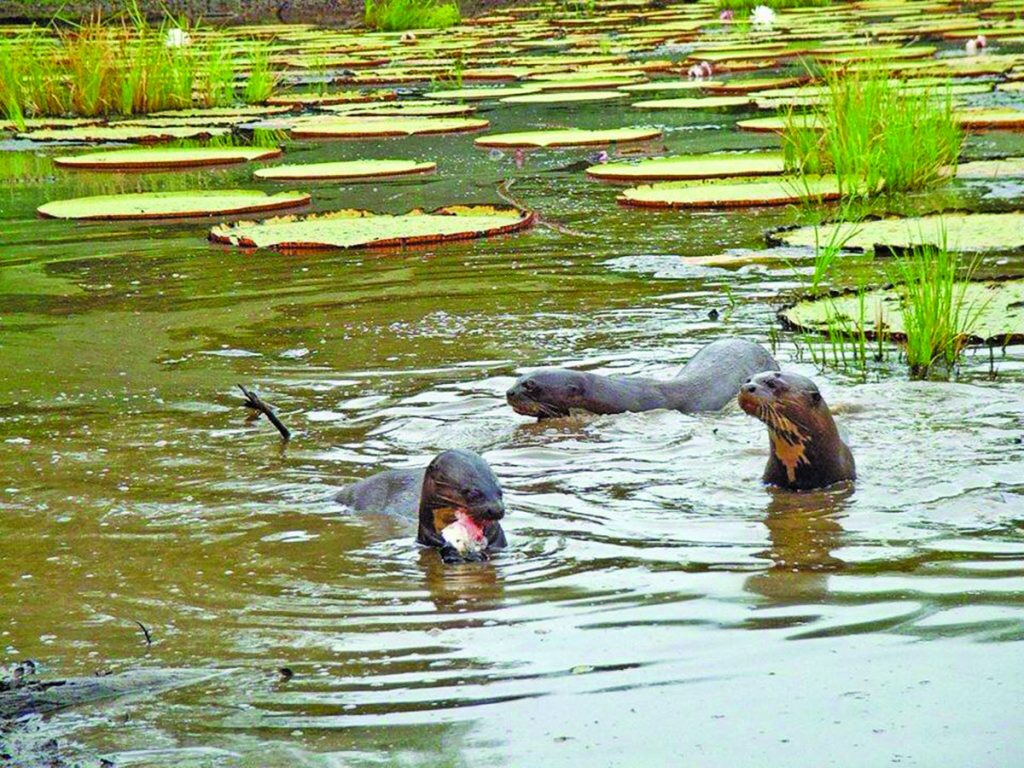 The Arapaima is considered the largest scaled freshwater fish in the world and can grow up to three metres in length. They are considered as one of the endangered giants of Guyana. There is a unique subspecies of the arapaima found in the ponds around the Karanambu area in the Rupununi.

At the height of the dry season, younger fish can sometimes find themselves isolated in ponds that have become cut off from the river. As the ponds contract the fish become trapped which would be detrimental to the young fishes. As part of their continued commitment to the conservation of the Karanambu area, the Karanambu Lodge usually dispatch teams to monitor the ponds and over the years have pioneers a successful relocation for the trapped arapaimas.

This year, their effort commenced earlier than usual and thus far they have managed to relocate 17 trapped arapaimas to deeper waters so that they can survive the Rupununi dry season. The Karanambu Lodge says it never discloses the relocation site because the arapaimas are still being hunted despite being protected.

The images, of the rescue operation which involved even the youngest resident, was captured by the Karanambu Lodge’s Operations Manager, Manuel Cook. 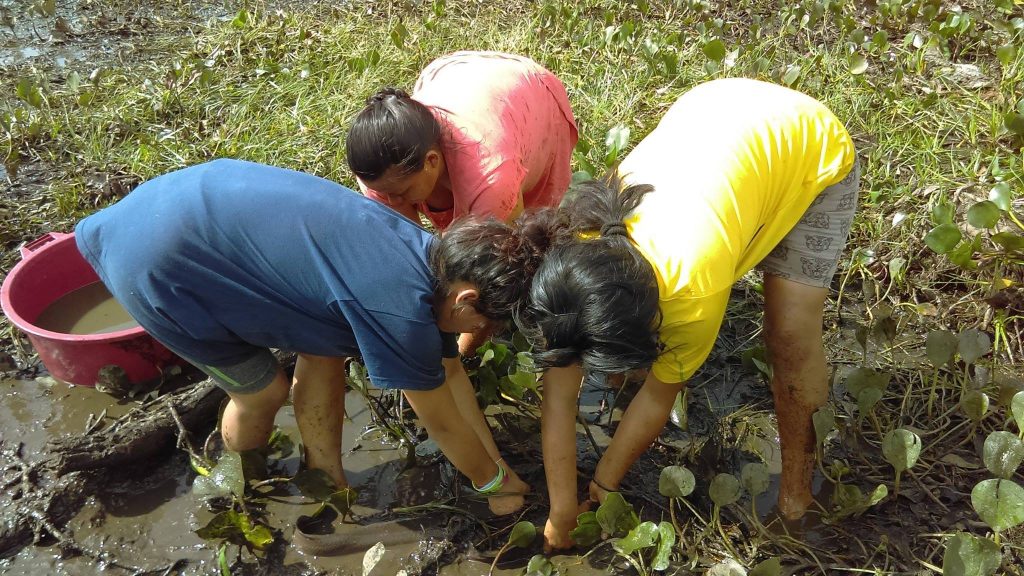 Hidden in the dancing savannah grasses of the North Rupununi is Karanambu Lodge.

Featured on the BBC, National Geographic and the Discovery Channel, Karnambu was in 2013 the recipient of the Caribbean Excellence in Sustainable Tourism Award and is considered the Hallmark of Bush Tourism in Guyana.

There are as many as 700 species of fish at Karanambu – more than anywhere on Earth. During the biannual rainy seasons, the tributaries of the Amazon and Essequibo rivers flood their banks and meet. The union of these vast river systems result in the exchange of genetic and biological material, allowing Karanambu to be home to an extraordinary amount of aquatic life.

Over 600 species of birds also make their home here, making Karanambu a birdwatcher’s paradise. The Lodge provides excellent viewing opportunities of Giant River Otters, River Turtles, a variety of monkeys, as well as Black and Spectacled Caiman that live on the 30 mile stretch of the Rupununi River that runs through Karanambu’s land.

Giant Anteaters, Crab-Eating Foxes and Red Brocket Deer roam our savannahs and our many fresh water ponds are home to what has been called, one of the world’s best wild collection of Victoria Amazonica water lilies. These lilies – the largest in the world – can reach up to three meters in diameter and their flowers bloom every evening at dusk.

Ever so often, an Ocelot, Jaguarondi or White-Faced Tayra will wander through.

The Karanambu area was settled in 1927 by Edward ‘Tiny’ McTurk and his wife Connie, as a cattle ranch and Balata collection station. Their Old English heritage still persists today and helps to make Karanambu Lodge the perfect pairing of old-world charm and the raw beauty of the natural environment.

‘Tiny’ himself, was extremely knowledgeable of the natural environment around him and in the 1950’s was instrumental in helping the young David Attenborough and Gerald Durrell, among other, make some of the earliest wildlife programs and collections of animals and specimens for different zoos across the world.

Edward and Connie’s daughter, Diane McTurk, took over the ranch after her parents and went on to establish the Karanambu Lodge. Karanambu is probably best known for having been her home. She was a conservationist and world-renowned expert on giant river otters. Her hospitality was legendary, as was her quick wit and infectious laugh.

She passed away in late 2016 after dedicating her life to the rehabilitation of the Giant River Otter Her work lives on through the Karanambu Trust, an organization set up by the McTurk family in 1997 to help fulfill Diane’s vision of establishing Karanambu’s lands as a protected area.

In keeping with ‘Aunty Di’s’ legacy, the Lodge welcomes travelers, adventurers, naturalists, film makers, conservationists and really anyone who loves nature and wants to experience the beauty that is found in our part of the untamed Rupununi. 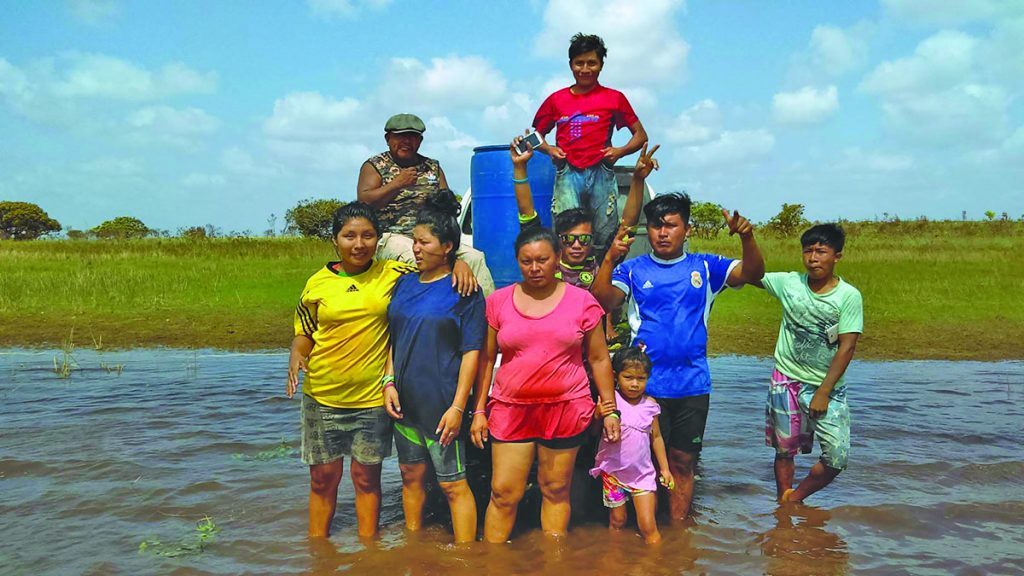 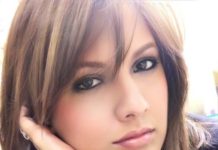 COVID-19: An opportunity for Leaders to rise 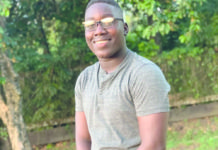 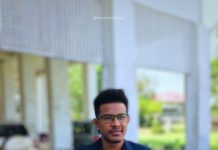 APNU/AFC caught in another attempt to delay elections recount – PPP...