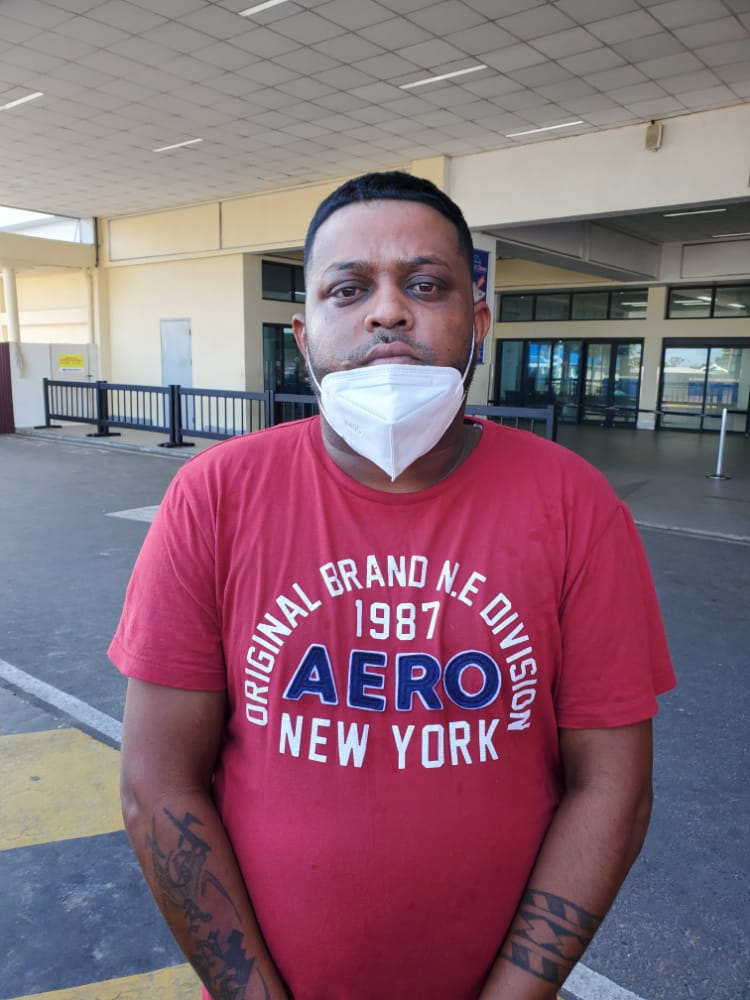 Pursuant to an ongoing investigation of attempted murder committed on Sandramma Raju by Ganesh Sewcharran, the suspect was arrested earlier today (September 15th, 2021) and placed in police custody after he was denied entry into the USA.

Investigators received information that Sewcharran (for whom a Wanted Bulletin was issued last night) managed to board a flight to the USA at 17:26 hrs on Tuesday the 14th September, 2021.

As a consequence, the GPF contacted law enforcement officials in the USA and informed them that the suspect was WANTED by the local police.

Hence, upon his arrival in the USA, the suspect was denied entry and sent back on a flight to Guyana which arrived at 06:54 hrs this morning (September 15).

The suspect was then promptly arrested by local investigators and placed in custody.
Investigations are ongoing.