Several teams claimed massive wins when the ExxonMobil Boys’ & Girls’ Under-14 Football tournament continued on Saturday at the Ministry of Education (MoE) Ground on Carifesta Avenue.

The largest win in the Petra-organised tournament over the weekend was Dolphin Secondary in crushing Tutorial High 7-nil.

Doubles from Jude Charles (2nd, 22nd) and Jequa Cole (12th, 33rd), along with a goal each from Tyreece John, Devon Chance and Ronaldo James secured the win for Dolphin.

Cummings Lodge had earlier drubbed Ann’s Grove 6-2. Ann’s Grove were up 2-0, compliments of a goal each from Travis Williams and Bryan Wharton, but Shiloh Adams’s hat-trick, along with Jitzek Martin’s double and a successful strike from Keyshawn Millington, paved the way for an intriguing come-from-behind win.

North Ruimveldt got past Queenstown 5-3. The eventual victors took a two-possession lead early, and kept mounting the pressure on the opposition.

Queenstown had a goal each scored by Tishawn Valenzuela, Tywrell Boodhoo and Kempson Spencer.

Plaisance Orphanage’s 4–1 win over St John’s saw every goal coming off the efforts of Plaisance.

Charran opened scoring in the 12th minute, then Winston Gumar doubled the lead in the 16th minute, before Jeremiah Marks scored in the 23rd and 31st minutes. St John’s lone goal was an own goal scored in the 26th minute. 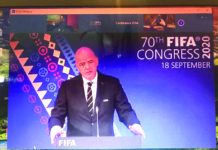 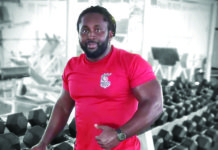 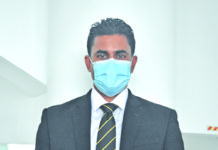