An alleged bandit referred to as ‘Buda’ was moments ago shot dead on D’Urban Street, Georgetown after he after he along two others attempted to rob a grocery store in the area.
Based on information received, the now dead man and two others arrived at the D’Urban Street store on motorcycles.
The men reportedly entered the store but soon afterwards gunshots were heard followed by two men running from the scene.
The suspected bandit was reportedly shot once. 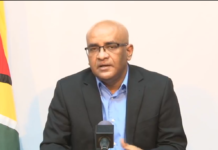 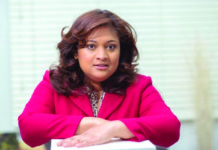 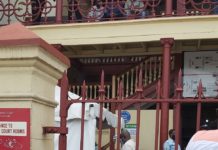