A businessman who was intercepted on November 25 while attempting to export $7.3 million in raw gold via the Cheddi Jagan International Airport (CJIA), Timehri was on Thursday slapped with a bribery charge when he appeared at the Georgetown Magistrates’ Courts.

Forty-four-year-old Vibert Marks of Independence Street, La Grange, West Bank Demerara (WBD), appeared before Chief Magistrate Ann McLennan and denied the charge which alleged that on November 18, 2019, at the Cheddi Jagan International Airport (CJIA), he offered Dominic Smart, a CANU agent, $100,000 as a reward for forbearing to investigate him.
Marks was represented by Attorney-at-Law Glenn Hanoman, who asked that his client be released on reasonable bail.
Police Prosecutor Neville Jeffers told the court that on the day in question, the defendant, who is a permanent resident of the United States of America, was an ongoing passenger at CJIA destined for the USA when he was intercepted with a large quantity of raw gold.
However, at the time, he attempted to bribe the agent but was unsuccessful and as such, he was arrested and subsequently charged.
The Magistrate, after listening to the facts, released Marks on $100,000 bail.
The condition of the bail is that he reports every week to the headquarters of the Special Organised Crime Unit (SOCU). He will make his next court appearance on January 6, 2020.
Marks was previously charged for being in possession of raw gold weighing 974.13 grams valuing $7.3 million without an export licence. He denied the charge and was granted $200,000 bail. 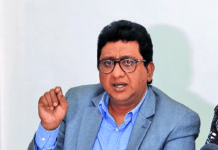 Court of Appeal defers H2H ruling until after Feb 6 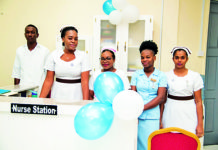 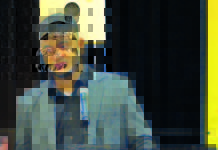