Alpha United, with a much stronger and experienced unit, took the lead in the 34th minute when Solomon Austin scored to end the first half in favour of Alpha.

It was in the second half that Alpha simply tore apart Pele, as seven minutes into the half, William Europe extended the lead. However, a red card for Pele’s Jermaine Fordyce in the 58th after he received two cautions left them handicap against a team hunting for more goals.

Colin Nelson in the 64th, Delon Lanferman in the 80th and Daniel Wilson in the 92nd added the final three goals to end the misery for Pele.

In the other match, Slingerz FC made light work of Buxton United by virtue of a double from Julian Wade, who netted in the 5th and 58th minutes.

With the win, the unbeaten Silingerz FC, after seven matches, now hold a clear five-point lead over second place Fruta Conquerors, who have 16 points; Alpha in third on 14 and GDF following on 11.

The league will continue on Friday at the Leonora Stadium, where Fruta Conquerors FC will come up against Alpha United from 18:30h and Pele FC will play Slingerz FC at 20:30h. 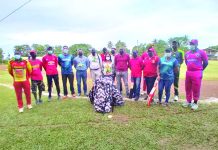 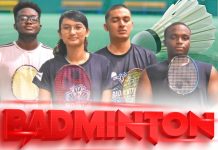 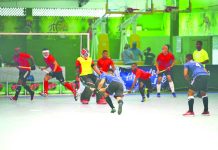 COVID-19 deprived us of our loved ones!