Medex breaks down in tears as she recounted horror
CoI hears prison officer “chocked and robbed” in Camp St jail
By Shemuel Fanfair
The level of violence and aggression inmates have shown towards prison wardens continues to increase. Chief Prison Officer Roddey Denhart on Thursday disclosed that one prison officer was recently “chocked and robbed” in the compound of the Georgetown penitentiary. He also testified that another inmate placed an improvised weapon, a spear, on the chest of another warden.
This comes on the backdrop of the account of other witnesses that “intimidation” and a strong gang culture presence has become prevalent at the Camp Street facilities.
Denhart, who has served as Chief Prison Officer for four years, recalled that on the evening of 2 March he saw inmates lighting fires on the catwalk but observed that firemen were able to put out the fires in five minutes.

Commissioners also heard that while the prison has a specified time when inmates are expected to retire to bed, inmates would always be up and they sleep in a shift system.
“They would always be up; some would be sleeping now, some would be sleeping later on,” the Chief Prison Officer explained. He recalled some of the threats inmates hurled at him.
“You Denhart, we gan kill you!” he remembered clearly.
“They would call you anti-man, tell you bout your family,” he further recalled. The officer also confirmed that inmates were throwing liquids on officers but none reached him.
In recounting the events of 3 March, the day of the deadly blaze, the Chief Prison Officer related that before the fire, Officer in Charge (OC) Kevin Pilgrim instructed that the door to Capital A be locked because of improvised weapons inmates were aiming at officers, coupled with their threats.
Denhart explained further that the OC advised that officers wait until the “necessary support” was garnered from other ranks.
Denhart also testified that inmate Collis Collinson had always been “difficult” and has been in and out of prison. Commissioners heard that Collinson was one who would not adhere to instructions.
He also related that Deputy Director of Prisons Gladwin Samuels was called “killa” and “murder man” by inmates. Denhart also said Samuels is disliked because of his disciplinary nature and opined that his absence is responsible for some of the disorder that persists in the penitentiary.
In his recollection of witnessing the inmates who were burnt, Denhart recalled that he became weak upon witnessing the ghastly scenes. He stated that at that point he sat on the tarmac to regain his composure.
Chief Prison Officer – Medex Patricia Anderson in what was at times an emotional testimony, recounted to Commissioners the triage system that was used to treat inmates hurt by the fire. She noted that of the 16 inmates who were injured, 1 had died.
When attorney representing the prison service Eusi Anderson asked the prison officer to describe what she saw upon entering the Capital A division, the witness broke down several times. The Medex related that she was “looking for survivors”. She saw six or seven persons with their burnt skin piled at the door and the lifeless body of another inmate lying on a bed. Because of her emotional state, she could not recall whether this or any other body was headless.
Commissioners asked the witness if she received counselling for the trauma she witness and she responded in the negative. The CoI also heard that the prison doctor whose name was given as “Chandrika” was not at the penitentiary at the time. However, Anderson posited that her staff present at the time were able to manage the situation as most of those whom they treated survived.
The CoI continues today. 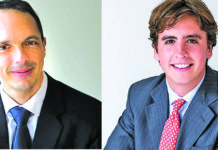 Office of the President to have oversight of Finance, Natural Resources 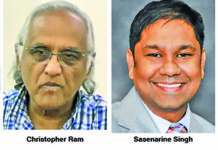