A Richmond Housing Scheme, Region Two (Pomeroon/Supenaam), man, who was wanted for escaping from lawful custody, was on Thursday jailed for 24 months for chopping his father.
Ravindra Singh, 27, appeared before Magistrate Sunil Scarce at Wakenaam’s Magistrate Court and pleaded guilty to the felonious wounding charge.
According to the Prosecution’s case, on 21 April, 2016 at Henrietta, Singh chopped his father.
Reports are Singh’s father was drinking at a shop in Henrietta Village when the defendant approached him. An argument ensued and the defendant dealt several chops to his fathers body with a cutlass.
According to the medical report, the father got chopped to his neck and about his arms.
Magistrate Scarce jailed him for 24 months. 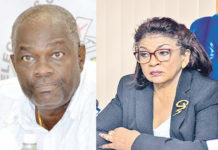 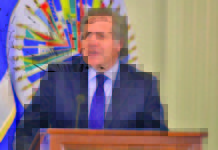 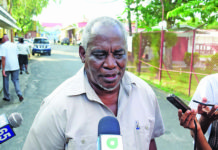