BY UTAMU BELLE
The prominence of truancy and child welfare issues were matters recently discussed by the Region 10 (Upper Demerara- Berbice) Democratic Council (RDC).
Councillor Gordon Callendar stressed that there are visible signs of children not attending school in Linden, while he highlighted the need for Child Protection Services and intervention by Council in providing assistance.
Callendar indicated that truancy is prominent in areas such as One Mile, Half Mile and Wismar Housing Scheme, Linden. He even added that in some instances children are engaged in odd-jobs so as to get food to eat.
“All over the place you could see children, school-aged children. It got a place in One Mile where these children does be playing Nintendo. We need to look at it,” he told fellow councillors.
Councillor Sandra Adams in offering a solution noted that assistance of school uniforms and other basic school necessities be provided to affected school aged children, courtesy of the First Lady, as she asked fellow councillors to identify children in various communities who might be in need.
However, Councillor Charles Sampson said the issue of security around schools should be examined while adding it is important to ascertain the level of truancy. He called on the Department of Education to be proactive in making such available.
“Some children go to school and have their names marked as present and then get out without being observed by teachers… We also have a situation where in certain parts of the community children don’t go to school at all… it’s a big issue… a lot of money goes towards education, the biggest part of our Budget and it’s unfair to the taxpayers of this country that we spending all that money and our children are not benefitting… two Welfare Officers for a Region, that’s disgraceful. We need about a dozen Welfare Officers, moreso in a big area like Linden,” Sampson said.
Regional Chairman Renis Morian too said a closer look should be taken at security in schools, noting that high level of unemployment no doubt affects parents in sending their children to school.
He indicated the RDC has been advocating for more Welfare Officers since there are only the two stationed in the Region, which is inadequate given its size. As such, the Regional Chairman said he has asked for a meeting with the President regarding the issue. He said himself and other regional leaders are presently unhappy over the tone of relationship of Council and the Ministry of Education.
“So we feel that we need to take some of these challenges at a higher level, that we can get more Welfare Officers. So we are waiting a response from the Office of the President to address some of these issues”, he said.
The Regional Chairman said a team would be venturing to schools in Region 10 this month to take a look at security and other areas. He stressed that money is spent on providing security and Council is dissatisfied with the level of service.
Additionally, Education Committee Chairperson Denise Belgrave said lack of daytime security at some schools is an issue. She said a recommendation has been made to have Social work graduates of the University become a part of Welfare.
Other issues highlighted by Council included absenteeism of teachers and the “pourous” nature of some school compounds. 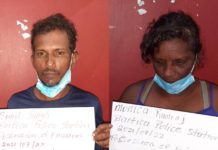 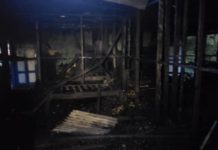 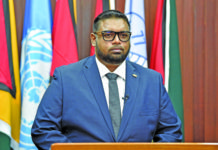 Govt looking at measures for reopening of cinemas