Danion Welcome, the driver of the truck that claimed the life of 7-year-old Ciara Benjamin at Agricola, today (Wednesday) made an appearance at the Georgetown Magistrates’ Court to answer the charge of causing death by dangerous driving.

Chief Magistrate, Ann McLennan read the charge which stated that on June 1, 2019 at Agricola Public Road, Georgetown, he drove motor lorry GWW 962 in a manner dangerous to the public causing the death of Benjamin.

The 39-year-old man appeared before Chief Magistrate McLennan and pleaded not guilty to the charge and was granted $500,000 bail. He will make his next court appearance on September 23.

Welcome was instructed to lodge his passport with the Court and report every Friday to the Officer in charge at the Ruimveldt Police Station, until the hearing and determination of the trial. His drivers’ license was also suspended for the duration of the Court proceedings. 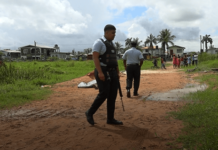 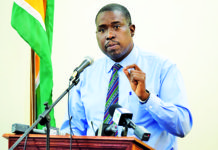 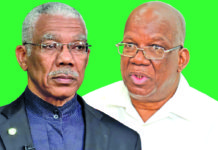