Foreign Affairs and International Cooperation Minister Hugh Todd on Thursday told the 44th Annual Ministerial Meeting of the G77 and China that international efforts would have to be redoubled in order to tackle the various global scourges such as poverty, climate change and achieving the Sustainable Development Goals (SDG).

“Collectively, we must redouble our efforts to eradicate poverty and inequality, deal with the impacts and threat of climate change and work towards achieving the 17 interconnected and indivisible Sustainable Development Goals,” Todd said during his presentation.
The meeting is being held under the theme, “Global response to the COVID-19 pandemic and the obstacles it poses to the implementation of the 2030 Agenda and achievement of the SDGs.”
According to the Minister, the COVID-19 pandemic has exposed the weaknesses of the world’s public health systems, putting immense strain on healthcare provisions, and widening socio-economic divides.
“In short order, our development priorities shifted to the immediate task of saving lives and livelihoods. Rapid building-up of capacity for the effective distribution of social services became imperative, in the face of deepening inequalities, increased gender-based violence and greater vulnerability among children, youth and marginalised households. But we cannot relent in our primary aim to eradicate poverty and inequality,” he asserted.
Todd noted that Universitas Negeri Surabaya (UNDESA) estimates that over 34 million people globally would be pushed into extreme poverty this year alone while the World Bank projects between 71 million and 100 million people will be pushed into extreme poverty this year.
“One thing is certain, that the gains of development of the past decades and the progress made in the fight against extreme poverty have been eroded. The social cost of the COVID-19 pandemic is unfathomable. Children in poor households suffer disproportionally from the closure of schools, with limited or often no access to digital learning facilities and often missing out on school feeding initiatives.
“The World Bank estimates that school closures could cause over seven million students to discontinue their education, drastically increasing their chances of living in poverty. An additional 10 million children globally could face acute malnutrition, with a doubling of the number of people facing acute food insecurity in 2020 relative to 2019,” the Foreign Affairs Minister posited.
Globally, some 243 million women and girls between the ages of 15 and 49 have been subjected to sexual and/or physical violence perpetrated by an intimate partner in the previous 12 months.
According to Todd, this number is likely to increase as security, health, and money worries heighten tensions, and strains are accentuated by cramped and confined living conditions.
“Our policy response has evolved, firstly, around the need to save lives and provide critical household support; secondly, in maintaining financial stability, and; thirdly, in providing liquidity and other support to business, particularly small and medium enterprises,” he stated.
Minister Todd further told the G77 Meeting that not only are world governments forced to consider shifts in policy priorities, but there are clear signs of even greater shifts by development partners. This is evident in the fact that an estimated 10 trillion dollars were spent by G20 developed economies in COVID-19 stimulus packages, in the first few months of the pandemic alone.
To this end, he pointed out that Official Development Assistance could be the most assured form of financial support in the global response to the pandemic and in global efforts to rebuild economic and social structures.
While Official Development Assistance has declined in 2018 and 2019, the Organisation for Economic Co-operation and Development (OECD) has recognised that the need for concessional development finance like Official Development Assistance is unparalleled in 2020 in response to COVID-19.
The Foreign Affairs Minister pointed out that developed partners, now more than ever, needed to honour their commitment to increase Official Development Assistance flows as a per cent of Gross National Income.
“These factors put together make a compelling case for greater international solidarity and cooperation. We must refocus our attention on implementing the 2030 Agenda for Sustainable Development, in this Decade of Action and Delivery of sustainable development… The frameworks exist. But accelerated implementation will require the requisite financing and, as always, the political will, to give meaningful effect to our aspirations,” Todd told the G77 Annual Ministerial Meeting. 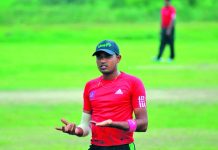 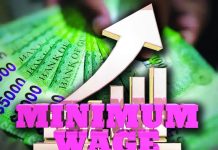 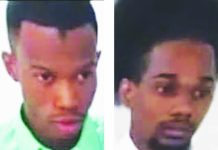